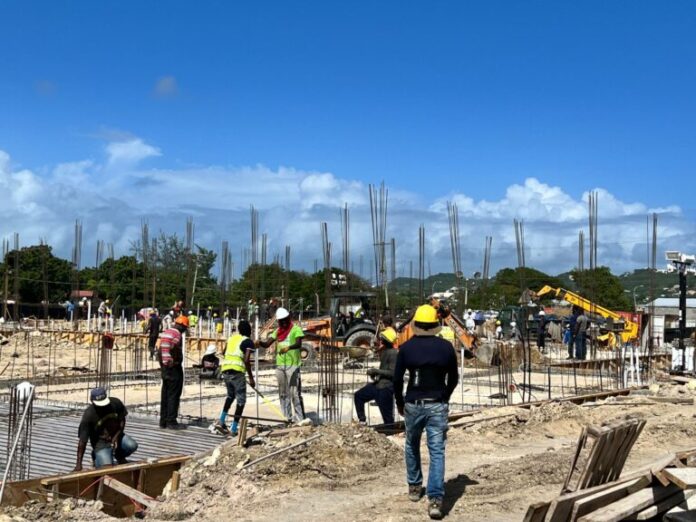 PM Gaston Browne reiterated that the educational landscape in Antigua and Barbuda is going through a time of significant as well as strategic growth. The development and redevelopment of ABICE will bring technical and vocational training to a higher level.

On October 24, 2022, PM Gaston Browne took part in the official Ground Breaking Ceremony, which marked the start of the development of the Multi-million dollar redeveloped Harrison Centre ABICE.

Mr Harrison has been a regular visitor to Antigua and Barbuda for the last 30 years, is acknowledged as one of the UK’s leading entrepreneurs, and is Chairman of the UK financial technology company ‘True Potential’.

PM Browne also thanked David Harrison for his valuable as well as timely support for developing education in the country.

Recently during a cabinet meeting, the Minister of Education reported that work on the expanded ABICE started on the same day as the groundbreaking ceremony took place. The local contractor works 16 hours daily to meet the modern facility at a fixed price.

The object is to increase access to continuing vocational and technical training by the very young for certification and marketability. Sir David Harrison, a British philanthropist, contributed £4 million pounds Sterling towards the ABICE modernization and expansion.

The work will be completed in a few months and will be a significant development in Antigua and Barbuda.