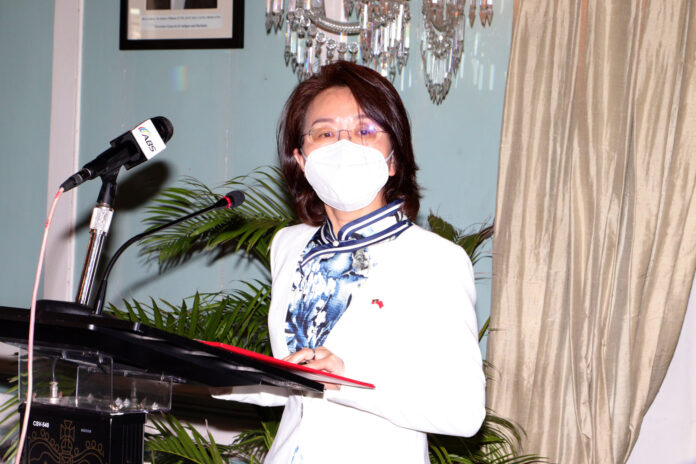 On 7th December, 2021 the newly appointed Ambassador of the People’s Republic of China to Antigua and Barbuda, H.E. Mme. Zhang Yanling, paid a courtesy to the Honourable E.P. Chet Greene, Minister of Foreign Affairs, Immigration and Trade, one day after formally presenting her Credentials to His Excellency Sir Rodney Williams, Governor General of Antigua and Barbuda. 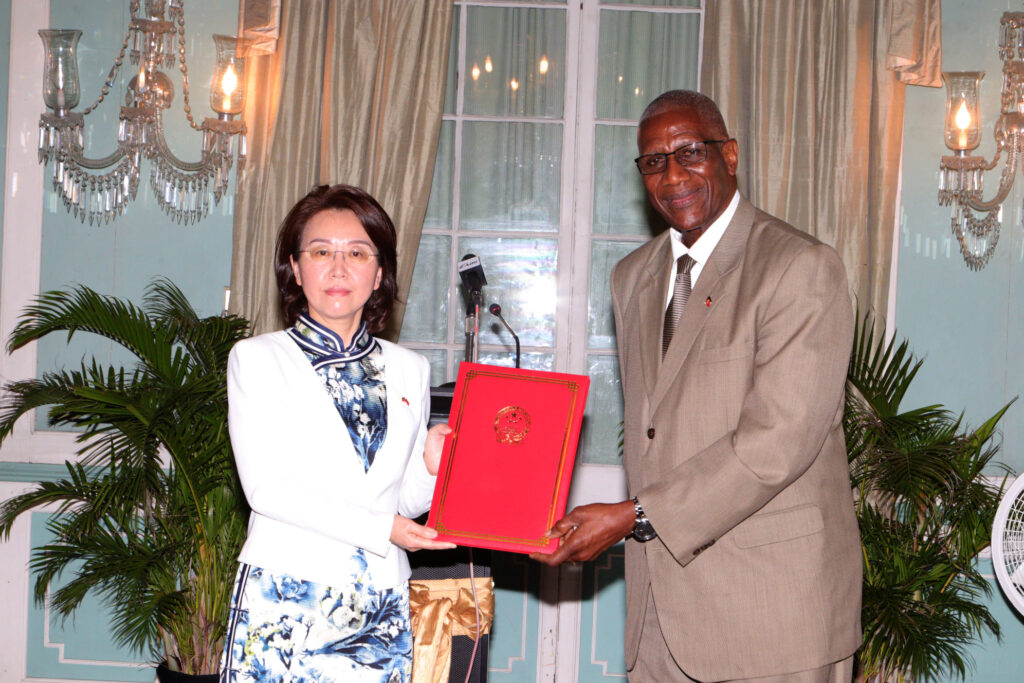 During the courtesy call, Ambassador Zhang commended the Government of Antigua and Barbuda for its foresight, having established diplomatic relations with the People’s Republic of China in the onset.

She further expressed that it was a joy and honour to be able to represent her country, re-emphasizing her commitment to maintaining the good and friendly relations that are based on the principles of mutual respect.

Minister Greene noted that ‘a legacy of support, commitment and cooperation exists between both our countries that will only be further strengthened through this new appointment’.

He further reiterated the Government of Antigua and Barbuda’s commitment to the ‘One China’ policy.

Ambassador Zhang’s appointment comes on the heels of the 39th Anniversary of the establishment of Diplomatic Relations between the People’s Republic of China and Antigua and Barbuda which will be celebrated on 1st January, 2022.