We are proud to announce the official launch of Haas Racing Team!

The team is based in Belgium, for logistics reasons.

The car, an Audi R8, will be racing under Antiguan colors (Antigua and Barbuda, West Indies).

It is the first time Antigua and Barbuda will be represented at this international level, in motorsports.

Kris Dedoncker, Team Principal/Manager and Sandrine Haas, Team Coordinator, are both founders of the team.

Kris started racing has a rally driver when he was 18, has worked has a Team Manager for different manufacturers and teams.

Sandrine, Antiguan citizen, has always been involved in motorsports since a very early age. Originally, she is a freelance motorsport photographer, and followed for more than 2 decades rally, F1, etc.…

For more information, you can contact us at: [email protected]. 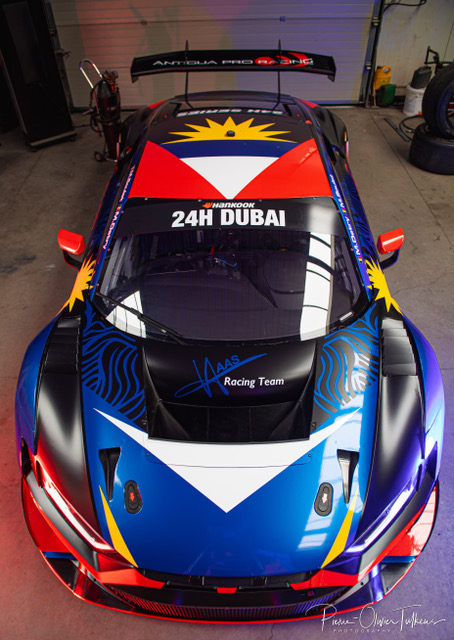