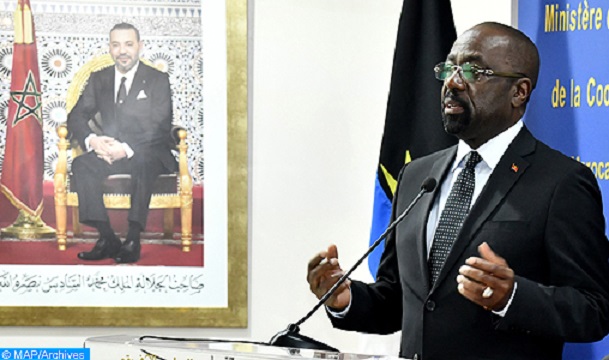 Antigua and Barbuda has reiterated support for Morocco’s Autonomy Plan as the only basis  to end the Western Sahara conflict.

The country’s Foreign Ministry said that it has the “honor to reaffirm the support of… the Government of Antigua and Barbuda for the Moroccan autonomy proposal.”

The ministry also expressed its “firm commitment” to  the Autonomy Plan as the most credible and serious basis to end the Western Sahara conflict.

Meanwhile, the statement adds to the chorus of international support that Morocco has received in recent weeks.

Since its decision to restore the peaceful flow of goods and people in Guerguerat, Morocco’s Western Sahara diplomacy has perceptibly gained new momentum.

Antigua and Barbuda also expressed greatest concern regarding the development in Guerguerat, where Polisario caused a serious blockade  for three weeks.

Since October 21, Polisario militias carried illegal protests in the region and prevented truck drivers carrying goods for trade and regular travelers from leaving the region.

Morocco’s Royal Armed Forces  intervened to establish a “security cordon” and restore traffic. The move has since earned  applause from both locals and the international community.

Antigua and Barbuda insisted that any resolution to the Sahara  conflict  must be within the framework of Morocco’s sovereignty and respect for its territorial integrity.

The country, a former Polisario ally,  withdrew its recognition of the militant group’s self-styled republic  in 2010.

Earlier this year, in January, Morocco and the Carribean country signed a cooperation agreement to focus on training, agriculture, and tourism.

The cooperation is also in line with Morocco’s South-South approach.

During a press conference following the agreement, Morocco thanked  its new ally for the standfast support for its territorial integrity.

“I thank Antigua and Barbuda for its clear and consistent positions,”  Morocco’s Foreign Minister Nasser Bourita said in January.