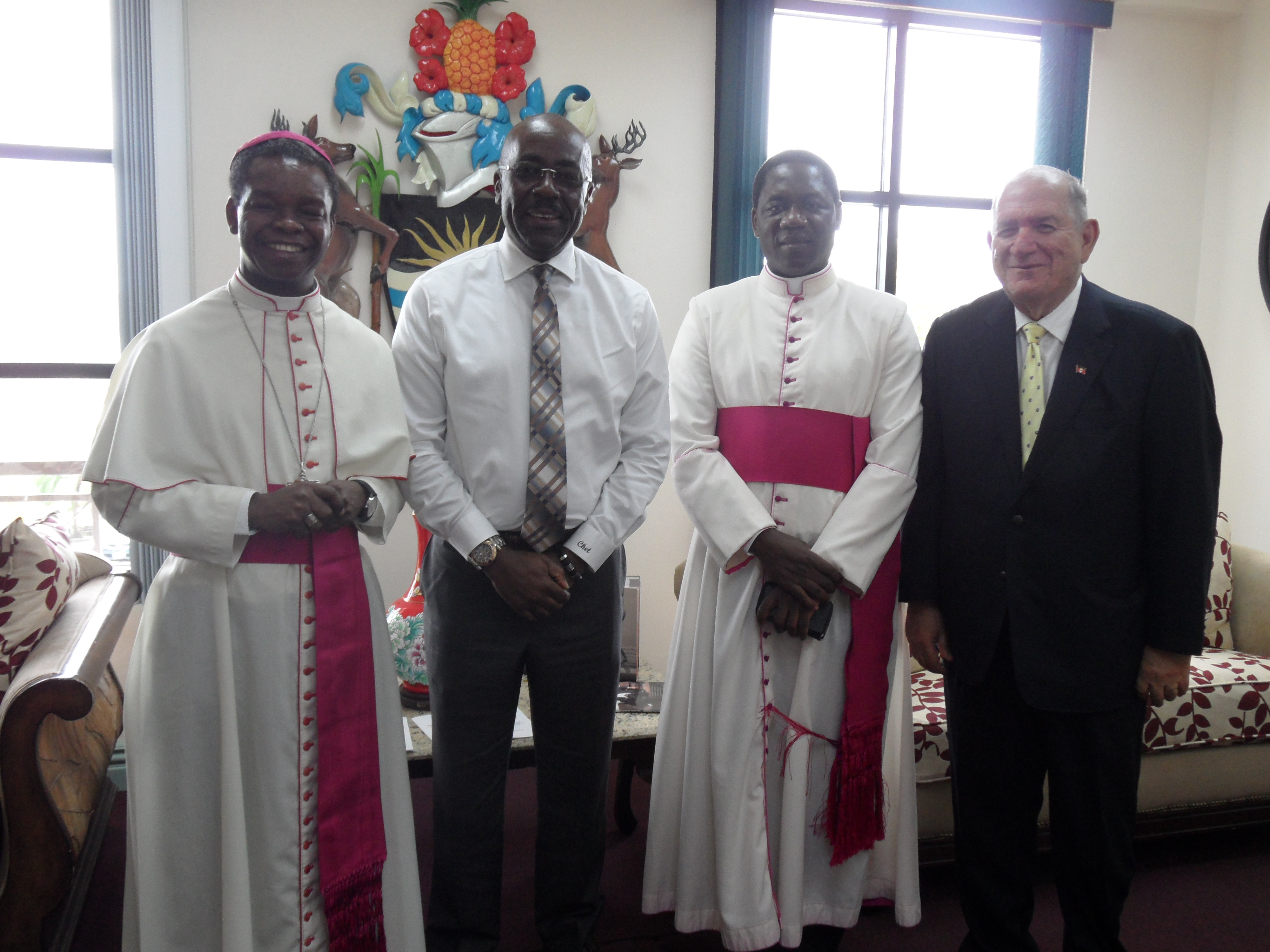 Antigua and Barbuda has expressed support for the position of the Holy See, more commonly known as The Vatican, in its advocacy on behalf of the world’s vulnerable peoples as well as for small states such as those in the Eastern Caribbean.

These were the sentiments expressed by the country’s Foreign Affairs, Immigration and Trade Minister, E.P Chet Greene, when the Vatican’s non-resident Ambassador to Antigua and Barbuda, Archbishop Fortunatus Nwachukwu, paid a courtesy call at his office on Monday.

“We value highly the institutional arrangements of the Vatican in terms of its defense and protection of children and the elderly as well as for being the voice for small states such as ours; we are delighted to have this excellent relationship with you,” the minister told the Pope’s representative.

Greene also thanked the church for its assistance to Antigua and Barbuda following the destruction caused by Hurricane Irma last September. “We are still rebuilding Barbuda, so you can imagine the kind of difficulties we should have if we were to endure another storm this year,” he noted. Roberts as well as the leader of the Opposition Jamal Pringle. 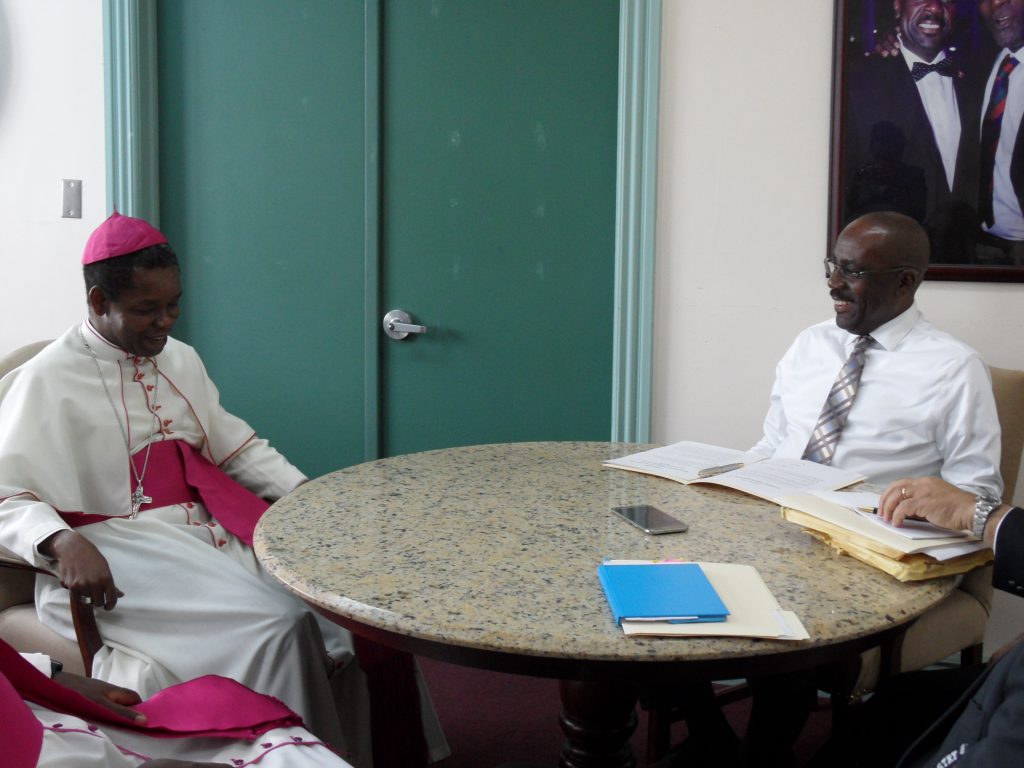