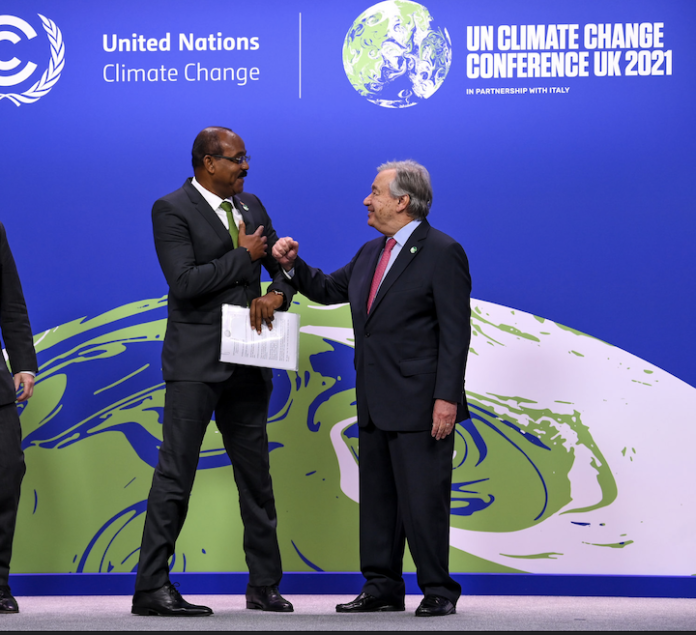 St John’s, December 2… The Commission of Small Island Sates on Climate Change and International Law (COSIS) has a new member, strengthening the effort by a group of small island states to seek justice for the harmful impact of Climate Change that they are suffering.

Antigua and Barbuda Prime Minister, Gaston Browne, who is also a Founder and Co-Chair of
COSIS, announced today that Vanuatu, a South Pacific Island with a population of 300,000
people, has acceded to membership of the Commission.

Prime Minister Browne said that he welcomed the membership of Vanuatu “which has
taken a progressive and strong stand in the struggle for preserving the global environment,
not only for small states but also for the global community”.

He revealed that he met with the Vanuatu leadership during COP27 in Egypt where the
pledge was made to join Antigua and Barbuda, Tuvalu, Palau and Niue in advancing a case to the United Nations International Tribunal of the Law of Sea (ITLOS).

“I am delighted that today the Foreign Minister of Vanuatu, Jotham Napat, signed the Instrument of Accession to COSIS on behalf of the Vanuatu government”.

Mr. Browne said that “While the islands of the Pacific, Oceania and the Caribbean are
separated geographically, we are united in our unwavering commitment to protecting the
integrity of our countries and preserving the civilizations of our people”.

He also disclosed that “the approach to ITLOS will be made within days” by a contingent of 17 experienced international law experts.

As the depository for the documents related to COSIS, Prime Minister Browne said that
Antigua and Barbuda today also informed the United Nations Secretariat in New York of
Vanuatu’s accession.