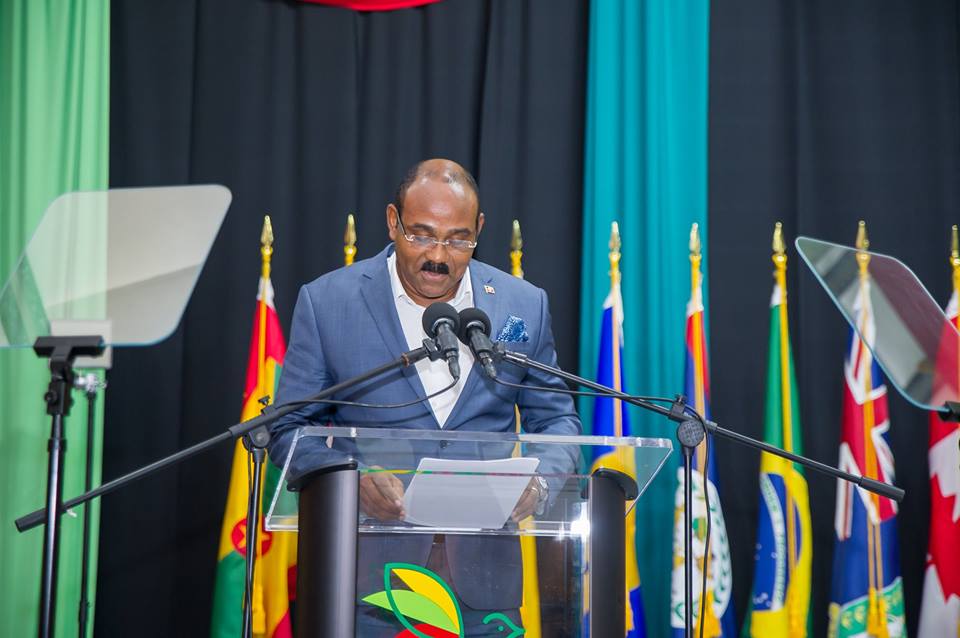 After having not met for a few years, the Caribbean Community (CARICOM) Council for Finance and Planning (COFAP) convened on Wednesday morning to finalise economic policy recommendations to be presented to Heads of Government at their 39th Regular Meeting underway in Jamaica.

It was chaired by Antigua and Barbuda’s Prime Minister and Minister of Finance, Gaston Browne, in the absence of his Belizean counterpart Dean Barrow.

Before getting down to business, an outspoken Browne expressed disappointment that the Council had not met for several years. He noted that despite holding the post of Finance Minister from 2014, this was only his first COFAP meeting.

“I’m hoping that this meeting will signal a new way forward and that there will be a commitment to meet on a regular basis,” he told fellow Finance and Economic Development Ministers.

“I became Prime Minister and Minister of Finance in June of 2014 and then went to elections about three months ago. Had I lost, I would never have had an opportunity to attend even a single COFAP meeting. I think it is important for us to ensure that this very important organ within the Community is allowed to function.”

The Antiguan leader suggested that COFAP look at the possibility of convening as an organ within the meeting of the Heads.

“I recognise that most of the Finance Ministers are also Heads, and perhaps it’s a little difficult for the Heads to make these meetings of the COFAP. So maybe under ‘Any other Business’, we can look at . . . the modalities that we need to introduce to ensure that there can be regular meetings of the COFAP, because it’s too important an organ to be dysfunctional,” Browne said.

COFAP has responsibility for economic policy coordination and financial and monetary integration of CARICOM member states.

Article 14 of the Revised Treaty of Chaguaramas states the Council will: establish and promote measures for the co-ordination and convergence of national macro-economic policies of the member states and for the execution of a harmonised policy on foreign investment; promote and facilitate the adoption of measures for fiscal and monetary co-operation among the member states, including the establishment of mechanisms for payment arrangements; recommend measures to achieve and maintain fiscal discipline by the Governments of the Member States; pending the establishment of a monetary union in the Community, recommend arrangements for the free convertibility of the currencies of the Member States on a reciprocal basis; promote the establishment and integration of capital markets in CARICOM; and undertake any additional functions remitted to it by the Conference arising under the Treaty.