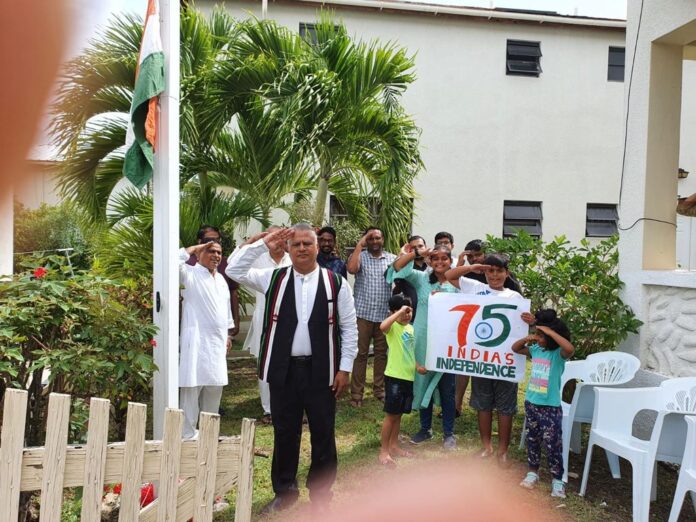 As part of India’s 75th Independence Anniversary celebrations as Azadi Ka Amrit Mahotsav, the local Indian Community celebrated the historical day in Antigua and Barbuda in the morning on 15th August 2021. Honorary Consul of India in Antigua, Mr. Vijay Tewani, led the community in marking this important day by hoisting the national flag followed by singing of the national anthem.

Hon. Mr. Gaston Browne, Prime Minister of Antigua and Barbuda in a message congratulated the Government and people of India on its 75th Independence Anniversary.

He conveyed “the Government and people of Antigua and Barbuda join in commending the great Commonwealth country of the Republic of India, now celebrating its 75th year as a sovereign and independent State and take this opportunity to renew the assurances of our highest esteem and friendship”.

He further added that since 1981, India and Antigua and Barbuda have enjoyed very friendly relations and have entered into technical cooperation projects to the benefit of both sovereign States.

Most recently, following a devastating natural disaster in Antigua and Barbuda, India stepped forward with the resources to place the Hanna Thomas Hospital in Barbuda back into operation.

It was severely damaged and its equipment destroyed by the vicious winds and water of Hurricane Irma in September 2017.  In the wake of the global war against the dreadful Coronavirus pandemic, India also came forward and donated US$ one million worth of life saving equipment and PPEs to Antigua and Barbuda in 2020. 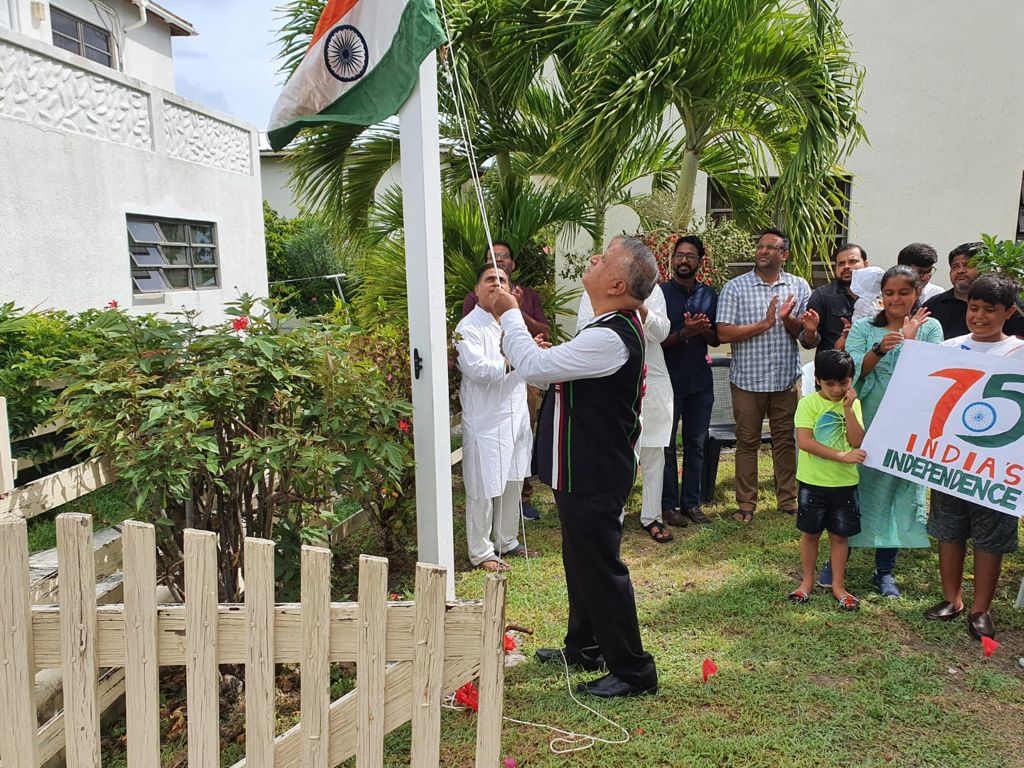 In the evening, the High Commission also organised an Indian Cultural Evening with dances, songs, Yoga, etc. at Swami Vivekananda Cultural Centre (SVCC) to celebrate [email protected]. Prime Minister, Former President, Ministers and various other dignitaries of the Cooperative Republic of Guyana attended the event.  A Skit on India’s independence, contemporary India and progress and achievements was also presented.

In Guyana, the Indian Arrival Monument in Palmyra was got illuminated on this historic day on 15th August 2021 as part of the [email protected], celebrations and the Government of India’s decision to illuminate 75 iconic buildings/structures/ monuments around the world on the 75th Anniversary of Independence Day on 15 August 2021.

India is celebrating its 75th Independence Anniversary from March 2021 to August 2023 as Azadi Ka Amrit Mahotsav. The Government of India is organising various events across the globe in the run up to [email protected], to celebrate this historic occasion. The High Commission has also been organising various events since March 2021 to commemorate this important occasion. 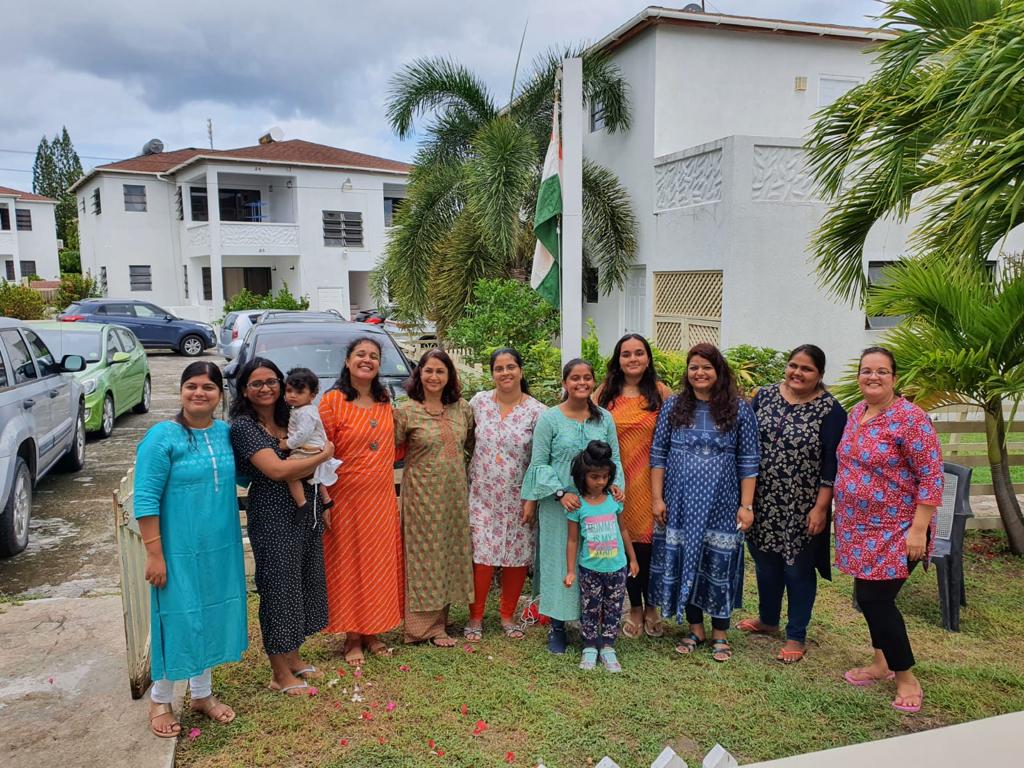