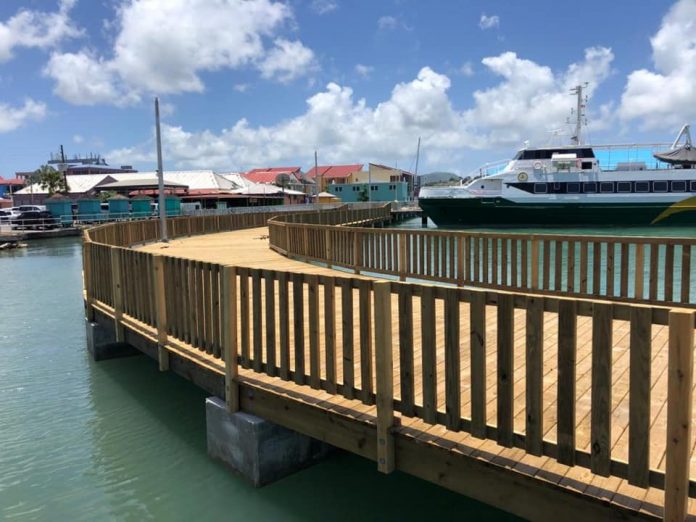 Antigua and Barbuda has communicated its interest in accessing a US$25 million loan from China to help repay debt assumed to carry out works to restructure Heritage Quay in St John.

A new pier is being built at Heritage Quay by Meridian Construction to handle giant Royal Caribbean International Oasis-class ships, allowing the port to receive more than 1mn passengers a year.

These works are being financed by a loan from the Export-Import Bank of China, which Antigua & Barbuda plans to repay with the new Chinese loan after the Asian country offered friendly nations in the region up to US$50 million.

Antigua & Barbuda has only requested half of the full US$50 million on offer because of fears of taking on too much debt, since it has a national debt of US$1.4 billion and a debt-to-GDP ratio of 114 per cent.

According to the chief of staff of the prime minister’s office, Lionel ‘Max’ Hurst, it would be “impossible” for the country to pay both a US$50 million loan and the debt for the pier upgrade at the same time.

“The pier and the buildings that are going up down there, we know we have to repay that, that’s almost US$90 million,” he was quoted as saying by local paper The Daily Observer.

If accepted, the new US$25 million loan would have a two-year moratorium and then be paid back over the following three years.

The Chinese government has yet to reply to the communication from the government regarding the loan.

Although the country’s debt has trended downwards in the past two decades, it rose 34.6% in 2020 compared with 2019, due to the effects of the COVID-19 pandemic and the drop in tourism, on which it is reliant.

In 2019, cruise operator Global Ports Holding (GPH) signed a 30-year concession agreement for the port in St. John, gaining exclusive rights for operation. As part of that agreement, GPH agreed to finance the ongoing construction work at Heritage Quay. In exchange for the concession, GPH agreed to pay back US$8.13 million that the Antigua & Barbuda government had already repaid on the loan.

The original Deep Water Harbour upgrade project started in 2015 with a US$200 million loan from China’s Exim bank and was scheduled to take several years, with each phase of the project estimated to cost US$96 million.