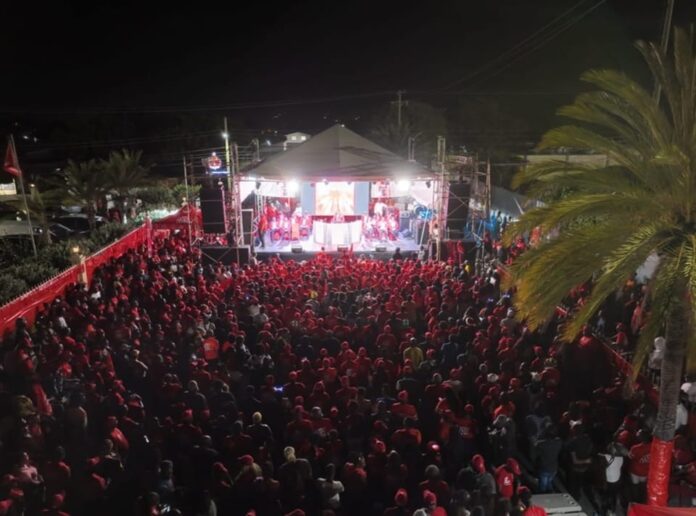 The Executive of the ABLP expresses its thanks to the thousands of men, women, children, and supporters of the Party for attending the ABLP Launch of Candidates on Monday night, December 19, 2022, at the Nugent Avenue venue.

The launch was enjoyed by those who attended; several thousand people flooded the street to hear the Political Leader of the ABL speak, and to learn that 18 January 2022 has been declared Election Day 2022.

The Executive Leadership have also decided to postpone the public meeting that was scheduled for this evening, Tuesday.

A decision was taken to move the date of Tuesday’s meeting until after New Year’s Day, when the Yuletide Season has ended.

A precise date for the public meeting will be announced shortly.

The ABLP has determined that public politicking is best taken up after the Yuletide Season has ended, and that “the reason for the season” is blessedly acknowledged. A Town Hall meeting is scheduled for Thursday in Codrington, Barbuda, and the effort to engage in public campaigning will end thereafter. The ABLP encourages all political parties to do the same during these holy days.

The ABLP has received assurances of wide support in each constituency, and applause for its five-year performance and governance. There is excitement in the air and a readiness by electors to go to the polls.

The campaign continues in earnest in a few days, while the candidates continue to spread cheers during the Christmas holidays.