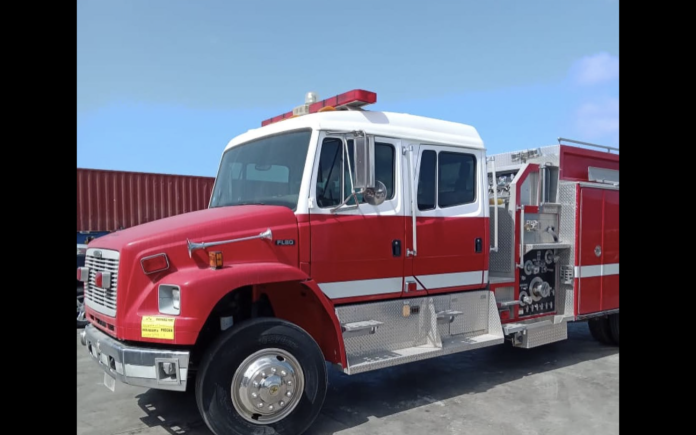 The fleet of the fire brigade has been bolstered with another fire tender which arrived in the country this week.

The unit is the second of two purchased by the Government from the United States.

The first purchased from the US had arrived in May.

This latest unit comes less than two weeks after the donation of a fire tender to the brigade from the principals of the Peace Love and Happiness or PLH project in Barbuda.

Meanwhile, two of the three fire tenders the Government has purchased from the United Kingdom are expected to arrive in the country on Friday.

The third, which is a new unit, is scheduled to arrive next month.

The authorities say the beefing up of the brigade’s fleet is an indication of their commitment to the safety of residents.

There had been a firestorm of concern in some quarters of the public earlier this year regarding the number of working units for the brigade.