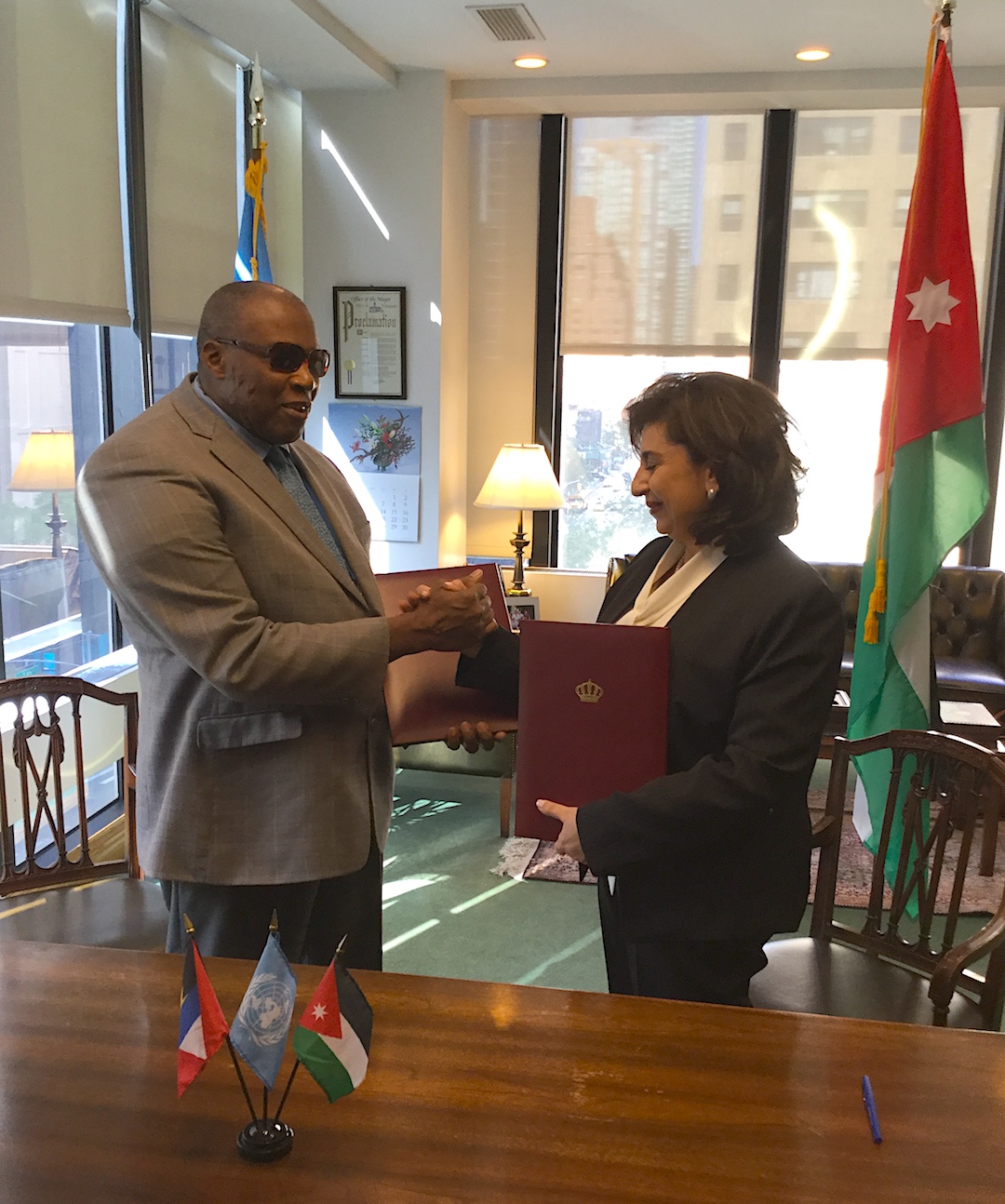 The Communique now provides a framework for Antigua and Barbuda and Jordan to begin exploring areas of mutual interest.  Ambassador Webson expressed his satisfaction with this step taken by the two countries noting that the Communique would allow for more bilateral interaction including in areas of tourism and economic cooperation.  Ambassador Bahous of Jordan signaled his Government’s interest in having a mutually supportive relationship with Antigua and Barbuda.

The Hashemite Kingdom of Jordan is located in the Middle East and became a member of the United Nations in 1955.

The establishment of diplomatic relations with Jordan is part of the wider thrust of the Government of Antigua and Barbuda to pursue new partnerships with the aim of advancing the country’s economic growth and development.