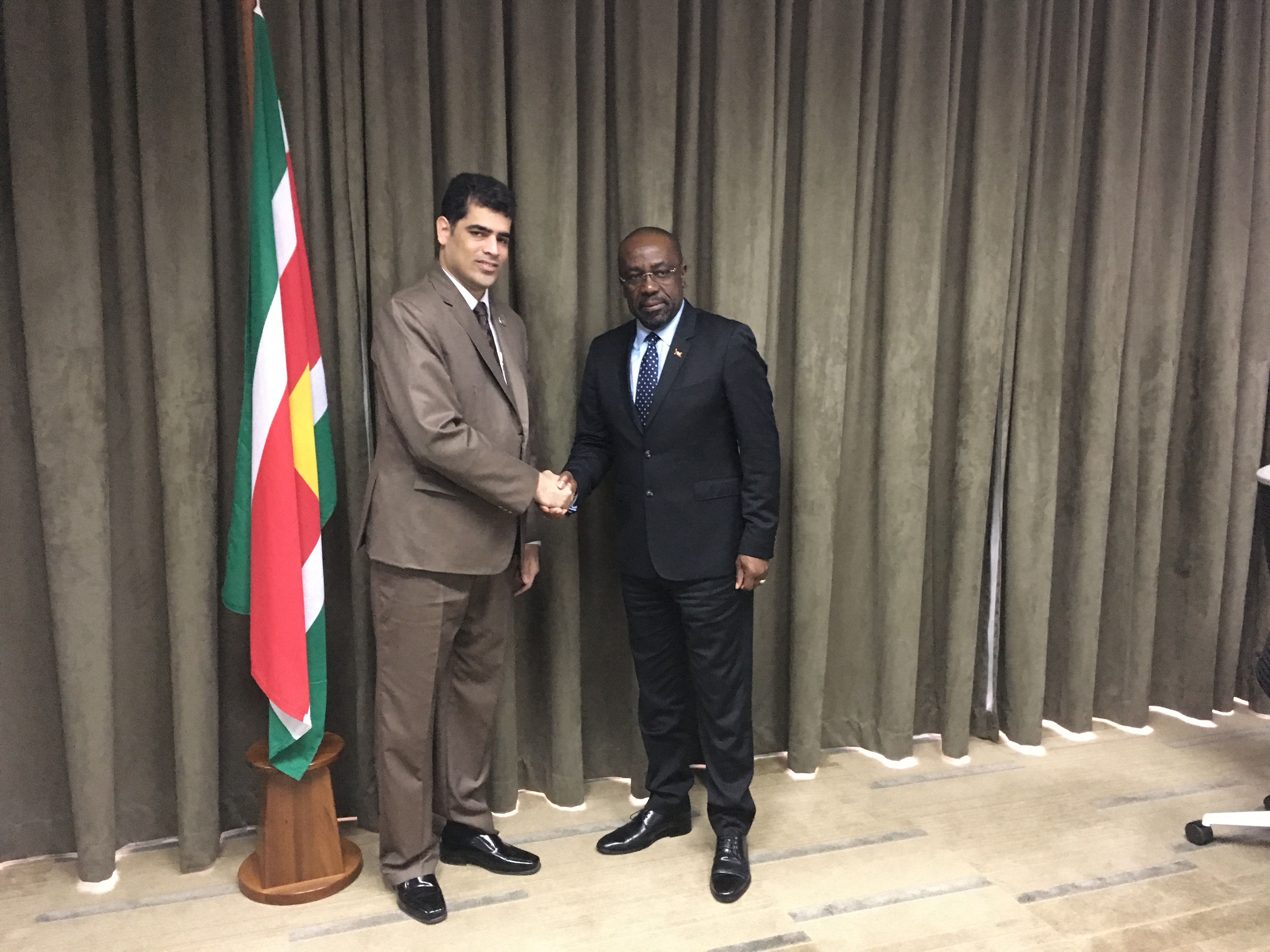 According to a statement issued here, the Antigua and Barbuda delegation also met with senior management officials of Suriname Airways and Fly All Ways airlines as well as with farmers and other agricultural producers involved in sheep rearing, coconut cultivation and other agricultural production. “Both sides noted the tremendous opportunities which existed for boosting technical and commercial exchanges between the two countries and pledged their efforts in that regard.”

The statement said that the meeting agreed that a task force of technical officials from Antigua and Barbuda would meet to address a number of areas intended to advance cooperation between the two countries.

“This included measures for promoting greater air connectivity, training in hospitality management for Surinamese students in Antigua and Barbuda, and the supply of agricultural products from Suriname to the eastern Caribbean.”

Greene also paid a courtesy call on Acting President Michael Ashwin S. Adhin and the statement said “both men expressed their commitment to the principles of respect for national sovereignty and non-interference in the internal affairs of other States and noted that the present initiative to strengthen bilateral relations between their two countries provided a model for other CARICOM countries”.

The statement said that the visit of the Antigua and Barbuda delegation is aimed at preparing for a visit to Suriname in October by Prime Minister Gaston Browne where he is expected to sign a cooperation agreement with President Desi Bouterse “covering a wide range of areas”.