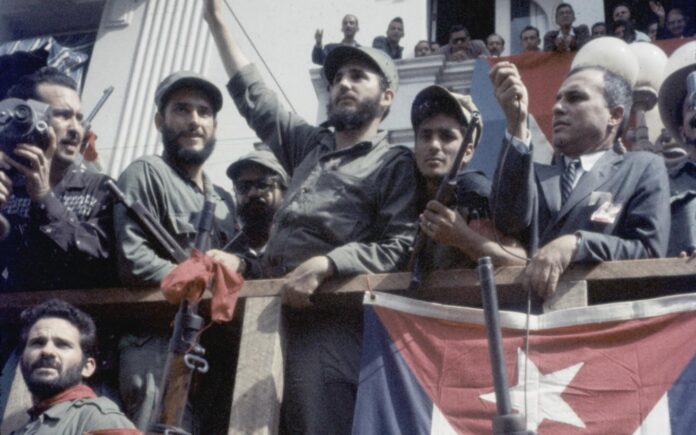 The government and people of the Republic of Cuba are today, January 1st, 2023, marking the 64th anniversary of the Revolution that gave birth to proud nation of Cuba.

Antigua and Barbuda is among nations from across the Caribbean and elsewhere who are joining the Cuban people on the observance of this historic event.

In a letter to H.E. Miguel Diaz-Canel President of the Council of State and Ministers of the Republic of Cuba, Prime Minister Gaston Browne noted that the Cuban Revolution became a unique and potent symbol of hope and liberation.

“President Castro’s revolutionary ideals had a significant and empowering psychological impact on oppressed peoples everywhere, including in the rest of the Caribbean, where people identified with the Cuban struggle for freedom. Passionate and heroic in his resolve to stand up for Cuban freedom and sovereignty, former President Fidel Castro faced the might of the United States, and defied all odds. His remarkable and revolutionary leadership altered the course of events, and will forever have an impact on world history.” the prime minister recalled.

PM Browne also expressed the gratitude of the people of Antigua and Barbuda for Cuba’s continued willingness to share its achievements in healthcare, education, and culture with his country over the years. “Many nationals of Antigua and Barbuda have benefitted from the successes of the Cuban Revolution,” he noted.

Writing to his counterpart in the Cuban government, Foreign Minister E.P Chet Greene who takes the view that the historical significance of the Cuban revolution lies in its poignant symbolism as a beacon of freedom from oppression as well as its traditions and lasting legacies.

According to FM Greene despite the decades long economic and financial embargo imposed against the Cuban people by the United States, Cuba has been able to record huge strides in education, medicine, sports and other areas of human development.

Most notably, Greene mentioned the work of the Cuban Medical Brigades which have made a lasting impact on the Antigua and Barbuda’s health care system and in particular, its overall responses to the COVID-19 pandemic.