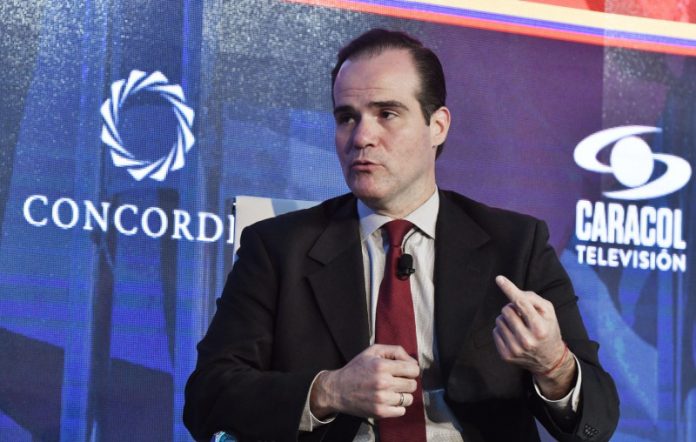 Antigua and Barbuda Prime Minister Gaston Browne has congratulated Mauricio Claver-Carone on his election today as the new President of the Inter-American Development Bank (IDB).

The election by the Board of Governors of the IDB took place in Washington, the headquarters of the Bank.  Mr.Claver-Carone, who was nominated by the Government of the United States of America, was elected unopposed.   His election marks the first time in the bank’s 61-year history that a representative of a Latin American country will not hold the Presidency of the Bank.

Mr. Claver-Carone is presently the Senior Director of the Western Hemisphere Affairs Directorate of the U.S. National Security Council.

Although the U.S., Canada and eight Caribbean Community (CARICOM) countries are members of the IDB, none of these countries have ever occupied the bank’s top position.

In his letter of congratulations to Mr. Claver-Carone, Antigua and Barbuda’s Prime Minister said: “Although Antigua and Barbuda is not a borrowing-member of the IDB, we are a beneficiary of the Bank’s programmes through its on-lending to the Caribbean Development Bank, specifically for projects in the member-countries of the Organization of Eastern Caribbean States (OECS)”.

Additionally, he said that “IDB Invest, which supports private sector projects is areas such as clean energy, modernizing agriculture, strengthening transportation systems and expanding access to financing, is an important institution for the Eastern Caribbean, particularly at this difficult time, occasioned by the COVID-19 pandemic”.

In this connection, Prime Minister Browne told Mr. Claver-Carone, “I look forward to meeting you to discuss ways in which relations between Antigua and Barbuda and the IDB can be strengthened, deepened, and widened”.