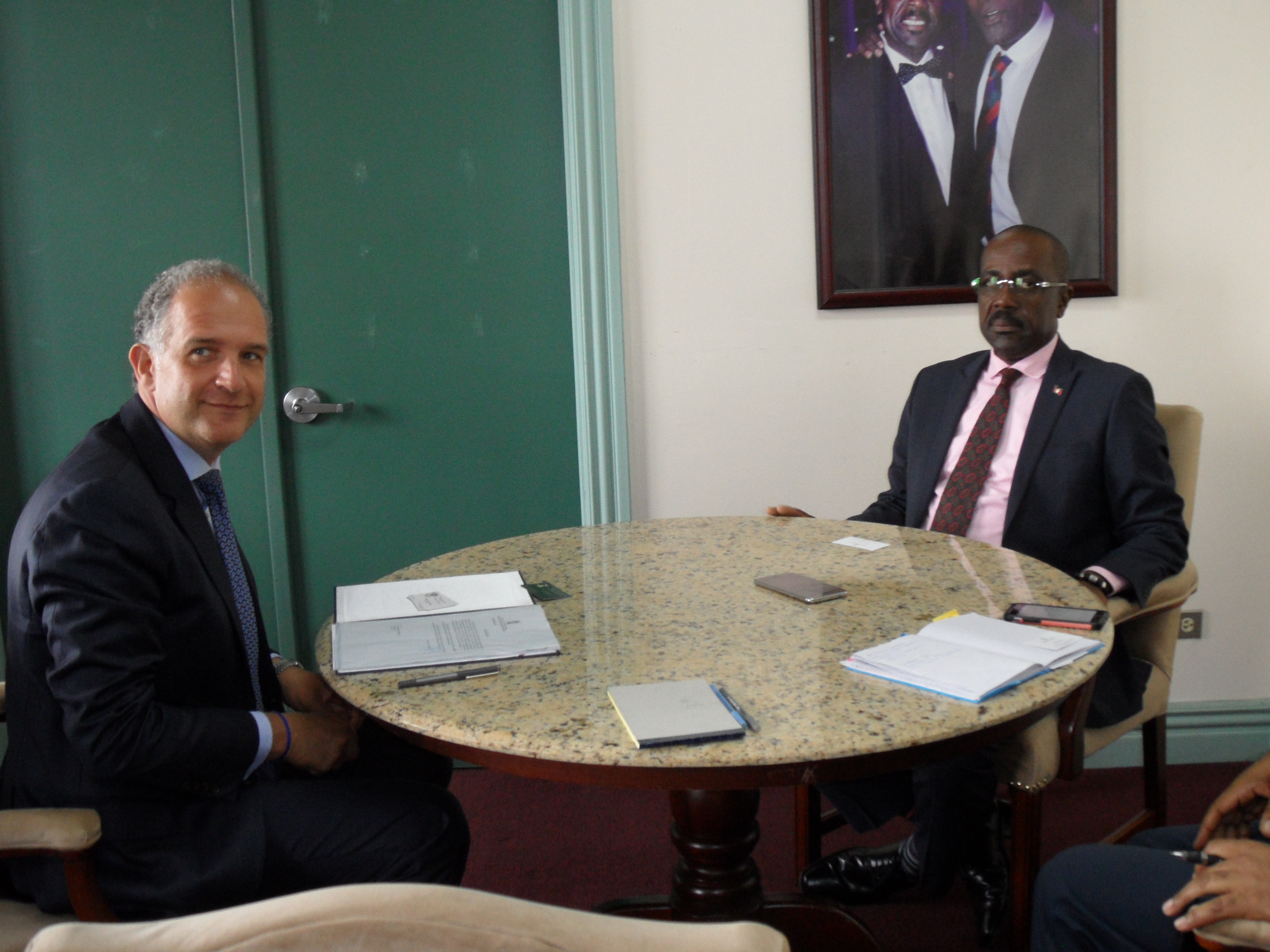 Minister Greene said the courtesy call provided an opportunity for an exploration of opportunities between both Antigua and Barbuda and Serbia. “It is my view that as we look at an ever-changing world, I believe that we are at the right place, at the right time to forge deeper relations on behalf of our two countries and for humankind,” he declared.

In response, Ambassador Vujic said his country views the Caribbean as ‘an important part of the world’ and Serbia is willing to do its part in advancing the development of the region. He noted that his country has Observer Status at the CARICOM Secretariat, the Organization of American States (OAS) as well as the Association of Caribbean States (ACS).

In fact, he disclosed that the ACS General Secretary will visit Serbia next week where a Memorandum of Cooperation will be signed with the organization. “Through this channel, we can cooperate in the fields of tourism, education, agriculture and Information Technology,” he stated. He added that his country was particularly strong in the areas of Agriculture and IT from which the Caribbean may benefit.

According to the Ambassador there’s much for the Caribbean to gain from establishing closer ties with Serbia, which lies in the ‘heart’ of the Balkans in Eastern Europe. “We see ourselves as a central country with eight neighbouring states; this makes us an important friend of the Caribbean in that part of the world,” he noted.