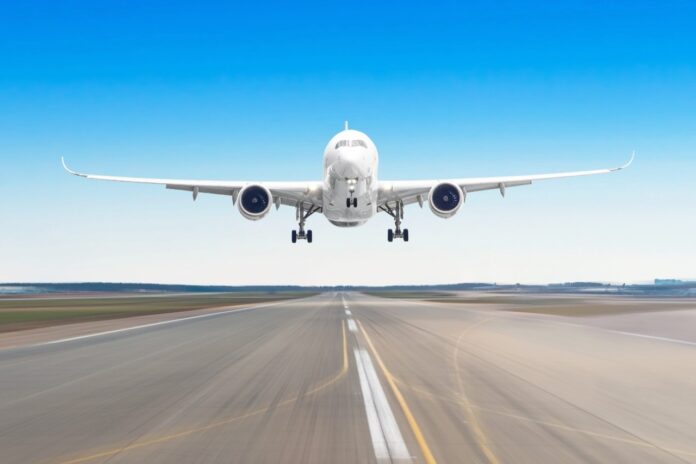 The Governments of Antigua and Barbuda and Germany today signed an air transport
agreement aimed at establishing the legal framework for air services between and beyond the countries.

The agreement was signed at the Ministry of Foreign Affairs in St Johns by Sir Robin Yearwood, Minister of Public Utilities, Civil Aviation, Transportation and Energy and
Germany’s ambassador to Antigua and Barbuda, Her Excellency Ambassador Ute Konig.

Speaking during the signing ceremony Sir Robin noted that the agreement, the first between Germany and an OECS State, established a modern liberalized commercial regime for airlines of both countries to operate within, while also ensuring that the highest standards of international aviation safety and security were maintained.

He indicated that the agreement paved the way for the return of German airlines such as Condor to the Antigua and Barbuda market following the disruptions caused by the COVID 19 pandemic.

Ambassador Konig indicated her country’s continuing commitment to development of
international aviation and noted the traditionally strong presence of German tourists in the
Caribbean market.

This had been adversely affected by the COVID19 pandemic but there was already some growth in the market and there were expectations that notwithstanding the current problems facing the German and European economies that there would be a
resurgence in travel to the Caribbean.

Negotiations for the air transport agreement were negotiated virtually by representatives of
Antigua and Barbuda and Germany over the past three years.

It is a pleasure for me to welcome you to today’s signing of this landmark aviation agreement between Antigua and Barbuda and Germany.

I believe that this may be the first such agreement between Germany and any of the OECS countries.

Both our countries have enjoyed warm and mutually beneficial relationships over the years and today’s signing is yet another step in that direction.

Antigua and Barbuda is particularly pleased to sign this agreement.

Tourism is the lifeblood of our economy, and we see this agreement as establishing the regulatory framework for strengthening the tourism flows between Europe and the eastern Caribbean using Germany and Antigua as gateways in both directions.

We know that Germany is one of the world’s strongest and most resilient economies, and that Germans love to travel, so we look forward to an expansion of the opportunities for further growth in tourism, as well as trade, between us.

This would not be a new development as for many years Condor provided weekly direct services between Germany and Antigua, andwe look forward to a resumption and indeed expansion of such services in the near future.

This new agreement reflects all the modern policies and measures protecting international civil aviation safety and security as well as providing a liberalized commercial framework for designated airlines of both countries to operate within.

I am optimistic that the agreement will further advance Antigua and Barbuda’s role as a center for aviation in the eastern Caribbean.

I thank you Ambassador for your embassy’s role in facilitating today’s signing.

I know that intra-Caribbean travel is now a very difficult task, something which the government of Antigua and Barbuda is working hard to resolve, so we are appreciative of your efforts to join us here today from your base in Trinidad.

I hope that in addition to your official duties you will be able to find the time to enjoy some of our many natural, historical, culinary and other attractions.