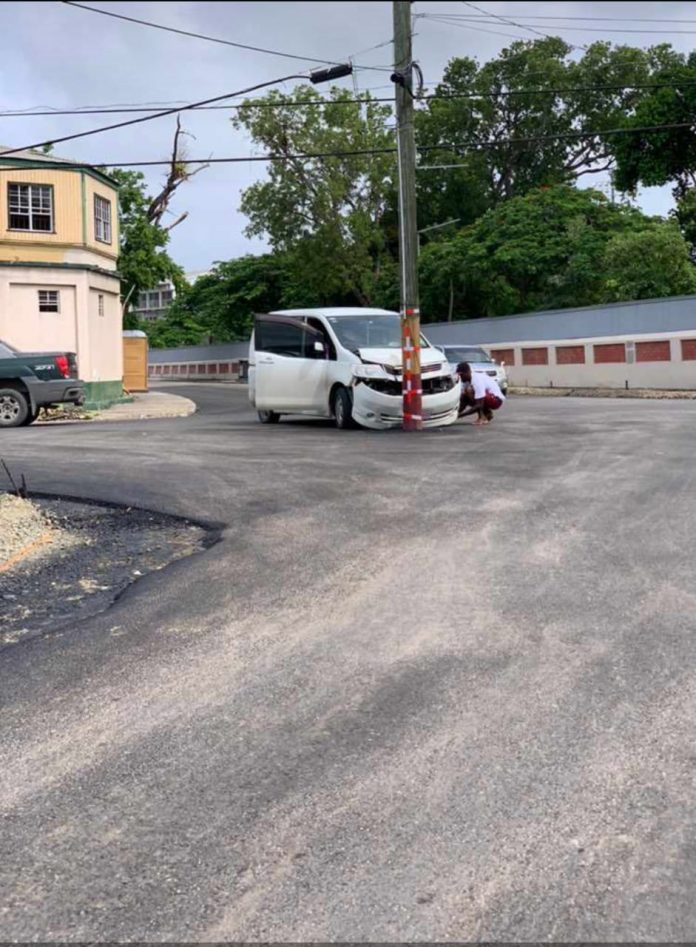 Another motorist has crashed their vehicle on one of the country’s newly paved roads.

The white van slammed into a wooden utility pole located in the middle of the junction where Cross and Bishopsgate Streets meet near YMCA, Government House and Lion’s Den.

This section of the road was recently opened after being closed for several weeks as part of the government’s road project to overhaul the adjoining Friar’s Hill Road.

There have been several crashes on Friars Hill Road since the completion of paving on several sections of the road.

One ended in the death of Vijai Persaud who lost control of his Honda Step Wagon in the vicinity of Sir Wright F. George Police Academy on September 12.

Persaud’s vehicle reportedly ran off the road and flipped several times before coming to a stop.