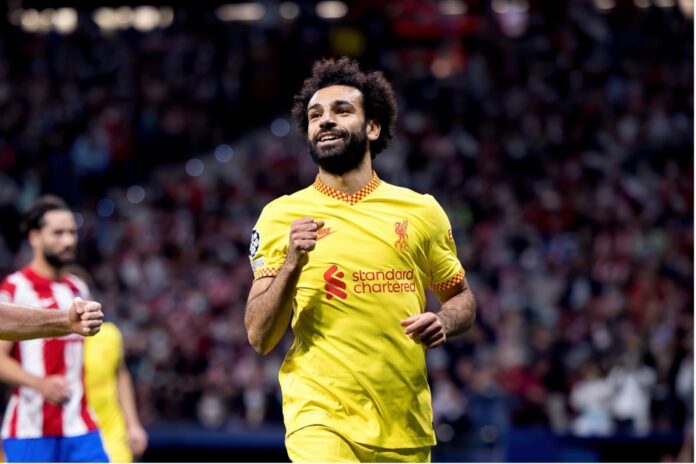 Walking along the vibrant high street in Liverpool city centre, you’ll find a mosaic dedicated to their star player Mohamed Salah — an ode to Mo. The colours of the Egyptian flag entwine with the familiar yellow sand of his hometown Cairo and the vivid red of Anfield’s exterior.

“Liverpool’s Mohamed Salah
The Muslim Maestro! – Cairo’s Hero! –
The Golden Smile of the Nile!
His scoring rate is one a game,
So once a match
Anfield becomes his prayer mat.”

It’s a classy touch from the Liverpool fans who have worshipped their star players through every generation. Even after the disappointment of the Africa Cup of Nations final, and the heartbreak in World Cup qualification, the supporters have always backed the number 11 and he paid them back in full with a brace against Manchester United to return to goalscoring prominence. It was a 4-0 massacre that ensured Liverpool’s title hopes are very much alive.

The fixture couldn’t have been a more fitting way to mark your return to the scoresheet. Having provided the opener with a well-timed driven cross to Luis Díaz in just the fourth minute, Liverpool were in cruise control.

Sadio Mané, deployed as a false nine by Jürgen Klopp, was occupying so much space it allowed Liverpool’s right-hand side to dominate possession, and with Ralf Rangnick’s plan for a back five looking confusing and disjointed, the Egyptian capitalised and ended his small goal drought with a well-timed finish across David De Gea after an intricate ball from the Senegal international.

Before the third goal had even breached the back of the net that acrylic smell of red flares and smoke had been deployed from the Kop following a delayed start to the second half — one in which the United players were ironically cheered by the home support for every pass they completed in their elongated warm up. Harry Maguire was almost laughed at for his inability to control the tempo in a game that felt less hostile and more like an exhibition, such was the Reds’ ascendency throughout the second half.

Mané eventually grabbed the third and while there was a brief spell in which Jadon Sancho caused Liverpool some minor headaches, you never really believed the small gathering of away fans remaining in the Anfield Road End would have anything to cheer on their way back down the M62.

The game was dead and buried and at 3-0 up, Salah was able to take up more central positions. The intricate touches and tireless runs off the ball were finally being rewarded with proficiency redolent of his pre-Christmas form — where he was widely considered to be the best player in the world. Salah pounced on a misplaced pass from Maguire to bemuse the strange, declivitous line that were impersonating United’s back four before chipping the ball over De Gea to grab his second of the game.

Liverpool were momentarily top of the league, and while Manchester City are still favourites in the odds to win the Premier League, now Salah has found his golden touch in front of goal, you get the sense that the title race will go right down to the final day. Approaching his 30th birthday, Salah is at the peak of his powers and regardless of his ongoing contract situation, if he can secure a famous quadruple with Liverpool, he’ll surely be regarded as one of the best players in the club’s history — a true Liverpool legend.