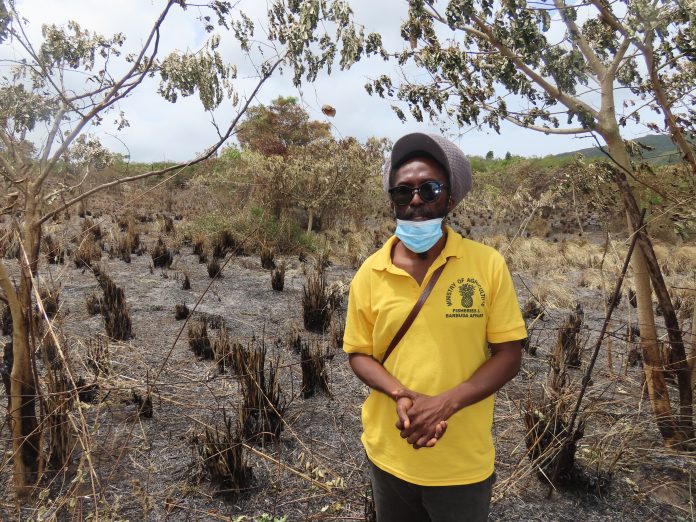 During the drought season when the land is extremely dry, the risks of bush fires tends to increase and this year was no exception as a large acre of land within the Bendals Body Pond area is now left in a state of burnt-out shrubs.

Bush fires usually burn through woodland areas and farms which are located in these semi-remote areas stand to lose much if these bush fires spread to their property.

Well a veteran farmer Mr. Gregory Bailey is counting his blessings as his farm sits adjacent to a recently fire-damaged land. 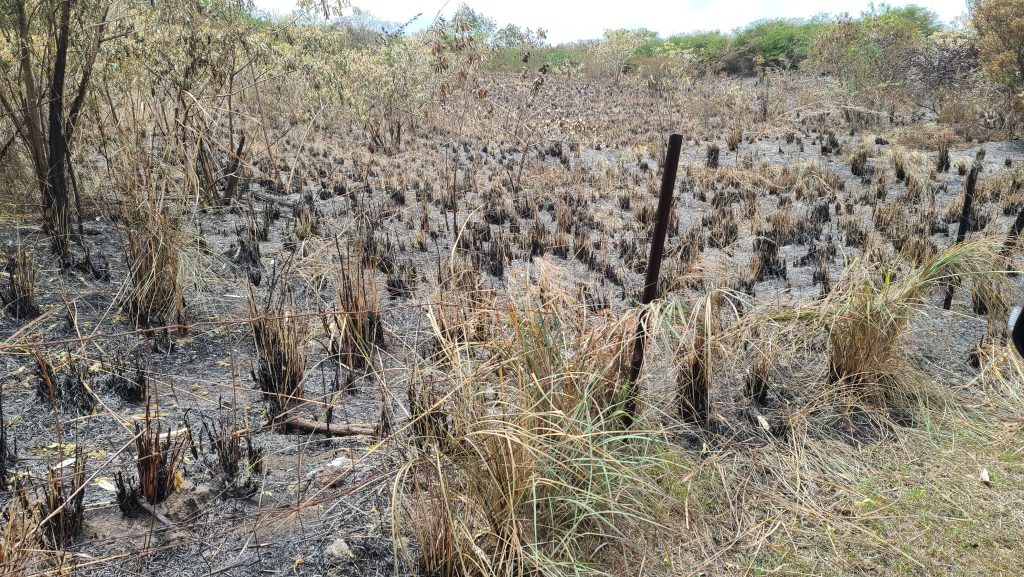 Bailey explained how he managed to protect his farm from the recent bush fire incident, which damaged over 100 acres of woodland.

He said that there is a clear line of demarcation between his farm and the area which was burnt, and according to Bailey, creating a fire trail is what saved his farm from being burnt.

The fire trail which he created, was by keeping a 30 feet continuous meter wide perimeter around his property to prevent the fire from the adjacent land to spread to his property.

Mr. Bailey is appealing to farmers who are located in areas which are vulnerable to bush fires, to keep the boundary around their farms clear as it could save them from a lot of damage since these fires can be a challenge to contain.

Although these fires have a direct impact on the agriculture sector, Mr. Bailey did not endure any serious damage to his property apart from his fence which was severely damaged.

Not only do these bush fires harm the agricultural sector but it also affects the environment and cause loss to the biodiversity of that area as woodland and forest areas contain a combination of plants and animal species that create habitats for themselves.

“For example, a fire like this would affect honey bees, because the farmers depend on bees for pollination and bees provide us with honey,” stated Mr. Bailey.

In addition, bush fires can cause a significant amount of soil damage to these areas as well.