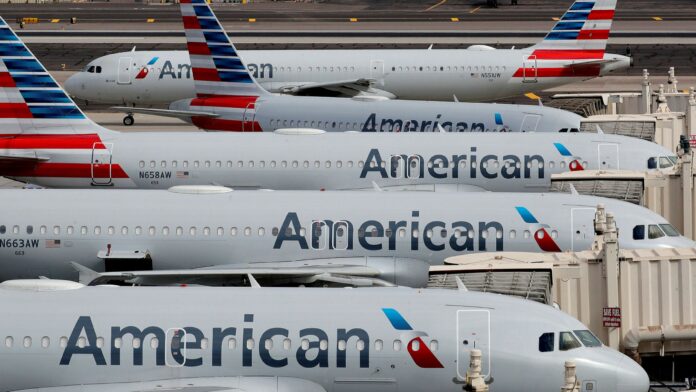 One father, Ken Novak, said he has felt powerless to help his 17-year-old daughters, who have been stranded for 27 hours in Dallas.

“They’re just, by this point, very tired and very exhausted, very much in need of a change of clothes, a shower and probably a good night’s sleep,” Novak said.

The TSA screened more than 2 million people on Sunday — the most since the pandemic began.

As the U.S. heads into the busy travel season, ongoing issues like these could force the airline to cancel 60 flights a day for the remainder of June — equivalent to 600 planes — and up to 80 flights a day through mid-July, totaling over 900 cancelations.

In a statement, American Airlines blamed the disruptions in part on “unprecedented weather,” saying, “We never want to disappoint, and feel these schedule adjustments will help … minimize surprises at the airport.”

“With all due respect, weather is always going to be there. That’s not going to cause hundreds of cancelations unless there’s a typhoon,” CBS News travel editor Peter Greenberg said.

American Airlines says the remainder of their furloughed pilots won’t be fully ready to fly until at least the end of the month. Delta is looking for 1,300 customer service reps and the TSA has hired 4,000 of their targeted goal of 6,000 employees before the end of summer — all this as demand for travel skyrockets.