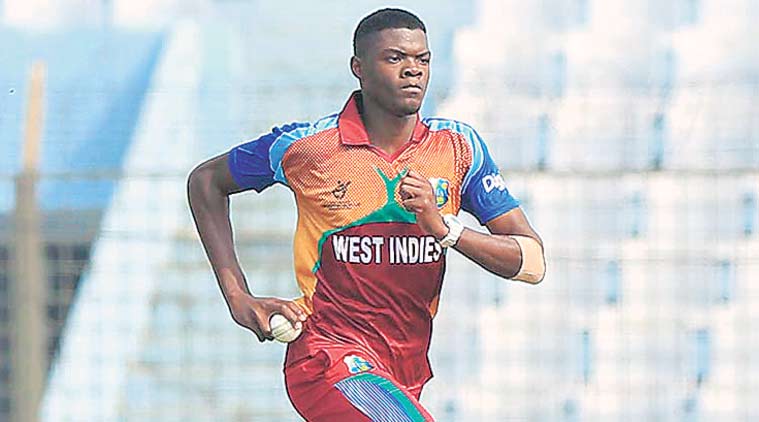 A hamstring injury has forced West Indies fast bowler Kemar Roach to miss the second Test against Bangladesh which begins on Thursday at Sabina Park, Jamaica.

In his absence, Alzarri Joseph has been named in an otherwise unchanged 13-man squad, which will look to wrap up the series with a win in the final Test.

Roach, who has been ordered to rest, produced a sensational spell of fast bowling on the first day of the first Test, finishing with the impressive figures of 5-8 from five overs, as the Windies dismissed Bangladesh for their lowest ever Test score of 43.

However, he picked up the injury and was unable to bowl in the second innings as the home side won by a mammoth innings and 219 runs, their fifth largest margin of victory.

The 21-year-old Joseph’s recall comes following a lengthy layoff where he was recuperating from a stress fracture.

He made an instant impact on his return to international cricket, grabbing 4-53 from 15 overs for a President’s XI side which faced Bangladesh in a two-day warm-up game just under two weeks ago.

A series win for the Windies would see them move up one spot to eighth in the ICC Test Rankings.

There were also some positive movements in the ICC rankings for several players. Roach, 20th and Kraigg Brathwaite, 16th are now in the top 20 in bowling and batting respectively, while captain Jason Holder moved up two places to 52nd in the batting rankings and to 23rd in the bowling.

Kieran Powell also moved up five places to 61st in the batting rankings and fast bowler Miguel Cummins moved up 12 places to 55th.