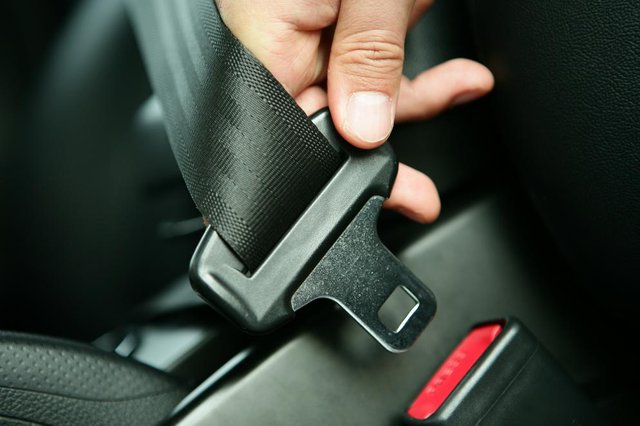 A recently launched road safety campaign is apparently bearing fruit, with a large number of motorists being fined for not wearing seatbelts.

In September, the penalty for the failure of drivers and front seat passengers to wear a seatbelt was raised from EC$200 to EC$500.

It came in response to an observational study conducted on roads in Antigua and Barbuda in 2021 that revealed just 51 percent of drivers and 41 percent of front seat passengers comply with laws requiring seatbelts to be worn.

Anne Harewood-George, Community Liaison Officer in the Ministry of Works, told Observer yesterday that since the implementation of the campaign, launched under the theme ‘No Matter How Far, Buckle Up’, the police “have issued 192 tickets”.

That means that a total of EC$96,000 has been added to the country’s coffers in less than three months.

Harewood-George was speaking in the wake of the United Nations World Day of Remembrance for Road Traffic Victims, which is observed on the third Sunday in November each year to acknowledge victims of road accidents and their families.

Harewood-George also spoke to the number of road fatalities recorded in the country this year so far, reiterating the need for motorists to be extremely cautious.

“The thing that we have to realise is that our small nation of Antigua and Barbuda with about 100,000 people, already we have recorded 11 deaths with respect to people dying on the nation’s roads,” she shared.

“Most of these individuals are drivers, they’re pedestrians, they are between the age of 18 and 35 and a lot of them are male, and we know that these are the most vulnerable groups on the road,” she explained.

Harewood-George went on to share that between 2011 and 2020, there were 65 deaths resulting from traffic collisions, an average of seven road fatalities per year.

“We want that to go down.

We want road fatalities and people being critically injured to go down by 50 percent since this is one of the United Nations’ sustainable goals projects,” she stated, referring to a global target to be met by 2030.

But failing to buckle up is not the only cause of road accidents across the twin islands.

Harewood-George indicated that the intention is to tackle all of the major causes and, in turn, meet the aforementioned goal.

“We want everybody to recognise that even when the seatbelt campaign finishes there are other high-risk behaviours that need to be identified.

“This is why we have also identified speeding based on evidence as a high-risk behaviour that needs to be addressed.

So, speeding will be our next campaign.