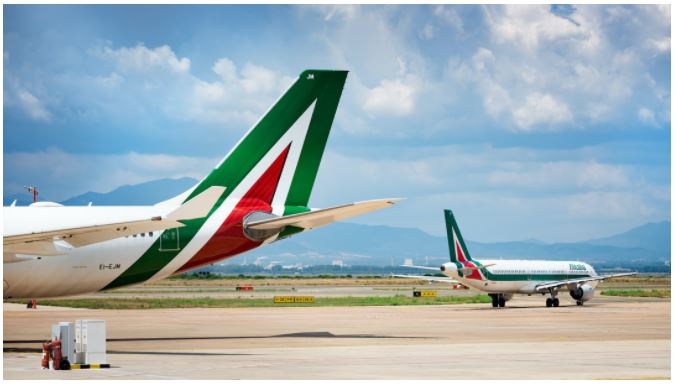 For those who have flown Alitalia countless times, either to travel to Italy or elsewhere within Europe, it’s the end of an (imperfect) era. The Italian carrier is closing its doors on October 15, 2021, after serving as Italy’s national carrier for 75 years.

Effective August 25, Alitalia is no longer selling any flights for beyond October 15. All Alitalia flights that had been scheduled to fly after October 15 have been canceled.

The Italian state-owned airline, which is part of the SkyTeam alliance that includes Delta Air Lines, Air France, and KLM, has had long-standing financial problems and declared bankruptcy in May 2017. Add to that the global pandemic, which dealt a devastating blow to the airline industry—countless flights around the world were grounded for months last year and international travel demand has still not returned to prepandemic levels.

Those with Alitalia flights that were booked by August 24, 2021, for travel that takes places after October 15 will be given the option to change the flight to a comparable flight—flights in Italy can be exchanged for flights within Italy, and international bookings can be changed for international flights—as long as the new flights take place before October 14 (both the departure and the return). Passengers will have to pay the fare difference for a change in destination. Alternatively, those with flights after October 15 can request a full refund.

Starting October 15, the new, government-owned Italia Transporto Aereo (ITA) will take over as Italy’s national carrier. ITA said it plans to operate flights to New York from Milan and Rome, and to Tokyo, Boston, and Miami from Rome. Destinations from Rome and Milan’s Linate airport will include Paris, London, Amsterdam, Brussels, Frankfurt, and Geneva.

Initially, ITA plans to operate a fleet of 7 wide-body and 45 narrow-body aircraft and will add 26 more planes later this year. By the end of 2025, ITA aims to have a fleet of up to 105 aircraft.

Alitalia carried 21.3 million passengers in 2019, according to the CAPA Centre for Aviation. The carrier currently has some 10,000 employees. It is unclear what will happen to those employees and whether the new company will take some of them on.

Alitalia also confirmed the details on Twitter and said that customers should expect additional communication from the airline with details on how to proceed with rebooking a flight or requesting a refund.

The airline has additional information for passengers with MilleMiglia award tickets booked for travel after October 15 available on its website. It’s not clear, however, what will happen to any unused miles after October 15.