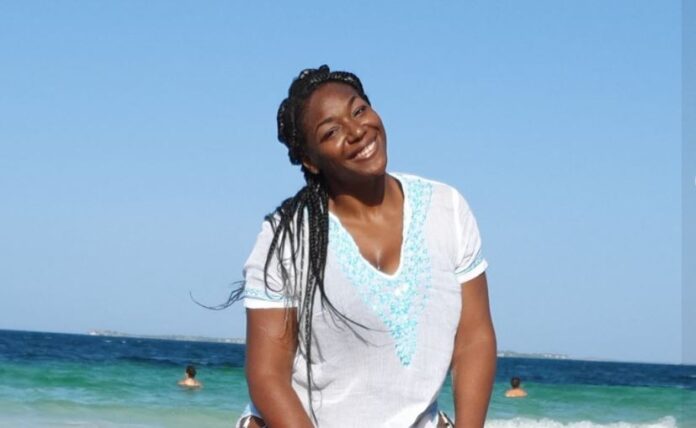 DAILY OBSERVER: Sweet, genuine, selfless and an amazing human being who was full of life are just some of the sentiments used to describe Alana Michael of Coolidge who died Monday night in an apparent suicide.

The death of the 33-year-old has shocked many residents with only a few able to muster the courage to share a bit of Michael’s personality.

Michael’s father, Major Alando Michael, of the Antigua and Barbuda Defence Force, described her as an angel who was always polite, well behaved, and full of love for her family and her friends.

He said his daughter was an animal lover who was quite the adventurous type and always looking for the next challenge. Alana was a past Queen of Carnival contestant, a former bodybuilder and an avid scuba diver.

“She was somewhat of a perfectionist; she wanted to see things done right. She had a smile that could infect you and despite her pain she would charge into a burning car to rescue anyone there and would generally think about her own safety last,” Major Michael shared.

Alana’s godmother, D Gisele Isaac, told Observer that her beloved goddaughter was beautiful in both face and spirit.

“She was intelligent, articulate, gifted in languages, creative with her hands as a jewellery maker, cake decorator, photographer and an altogether talented person,” Isaac said.

She explained that Alana loved challenging herself and, as a result, learned to play the violin from an early age, entered the Queen of Carnival competition shortly after and took up bodybuilding a few years later.

Isaac said the much-loved young woman would be missed tremendously, but thanked God for the 33-plus years she spent with those close to her.

She also asked the community to pray for Alana’s parents and her family, and to love their children and keep them close.

Former colleague of the deceased and vice president of the local bodybuilding association Kimberly Percival described Alana as a genuine soul and a sweetheart.

She said even though Alana herself was a competitor in the sport, she always took the time to celebrate the accomplishments of others around her. Alana last competed in 2019.

Close friends and well-wishers also spoke glowingly about the deceased, and described her smile as big enough “to light up a room”.

They also shared on Alana’s personal Facebook page that she had a warm personality and always had the right words to say to encourage anyone who reached out to her for advice.

Alana’s coworkers at the Jumby Bay Resort where she worked told Observer that most staff were in tears and were too shaken up to speak.

Police confirmed the death of a 33-year-old woman in Coolidge in an apparent suicide but have not officially named her. (Theresa Goodwin)