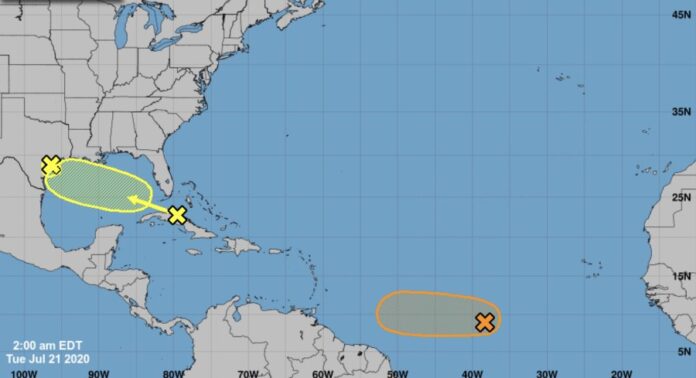 The National Hurricane Center in Miami says Tropical Storm Gonzalo has formed the middle of the Atlantic Ocean. This sets a record for the earliest named seventh tropical storm of the Atlantic hurricane season.

Gonzalo remained far offshore, on a path that could eventually take the storm into the lower Caribbean Sea by this weekend.

Gonzalo’s strengthening breaks a record set by Tropical Storm Gert, which formed on July 24, 2005. So far this year, Cristobal, Danielle, Edouard and Fay also set records for being the earliest named storms of their respective place in the alphabet.