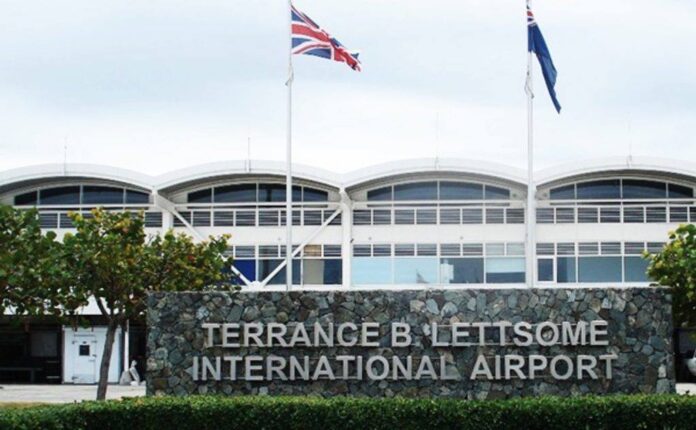 The operating hours at the Terrence B Lettsome International Airport in the British Virgin Islands has been reduced due to the impact of the coronavirus pandemic on some members of staff.

The British Virgin Islands Airports Authority (BVIAA) implemented the changes in an announcement earlier this week and shared that they will remain in effect for the coming weeks.

The authority said the change, that took effect on Wednesday, means that the daily operational hours at the airport will now be 7:30 am to 7:30 pm until further notice. According to a release, the airport will operate on a ‘Prior Permission Required’ basis through to January 11. During this time, the airport will close for two half-hour periods from 9 am to 9:30 am and then from 6 pm to 6:30 pm.

“Due to this closure, no services will be provided to the airports in Anegada and Virgin Gorda during this period,” the BVIAA stated.

It further said that the acting managing director of the BVIAA, Keith Flax, is assuring the public that “the BVI Airports Authority stands committed with the Government of the Virgin Islands as it exerts all efforts to manage and bring under control the number of staff afflicted by the virus”.

Meanwhile, according to the Ministry of Health, there are currently 601 active reported cases of COVID-19 in the territory. As a result, many government agencies and departments have been moving their services online for short periods to deal with the positive cases reported within their ranks