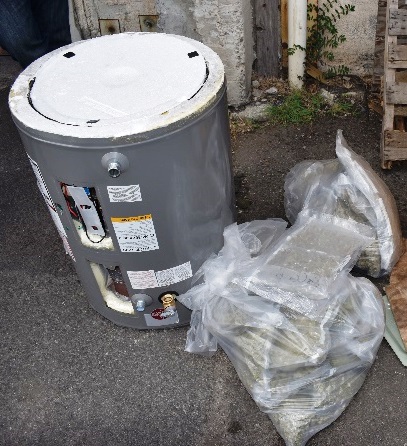 Over twenty pounds of Cannabis was seized by Police and Customs at V.C Bird International Airport earlier this week.

On Sunday, police officers attached to the Narcotics and K-9 Departments, along with Customs officials conducted a drugs interdiction operation at Customs Cargo Warehouse, and found a cardboard box containing a water heater with twenty four vacuum packed packages of Cannabis concealed inside. The packages were removed and weighed a total of 20 ½ pounds. The illegal substance was seized and taken to Police Headquarters, pending further investigations. The package arrived from Canada aboard an Air Canada Flight.