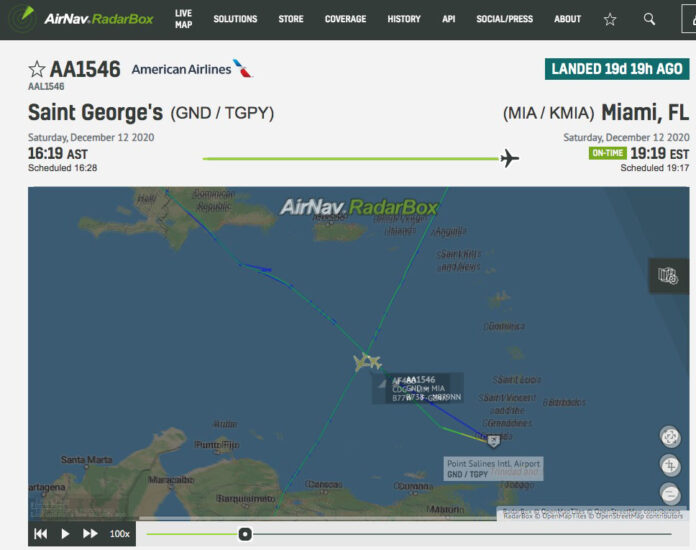 Air France Boeing 777-300 and American Airlines Boeing 737-800 experienced a near miss over the Caribbean Sea. The planes were safely separated after the TCAS got activated.

TCAS is an aircraft collision avoidance system that monitors an aircraft’s airspace for other aircraft equipped with a corresponding active transponder. It warns pilots of the presence of any other transponder-equipped aircraft to reduce mid-air collisions between aircraft.