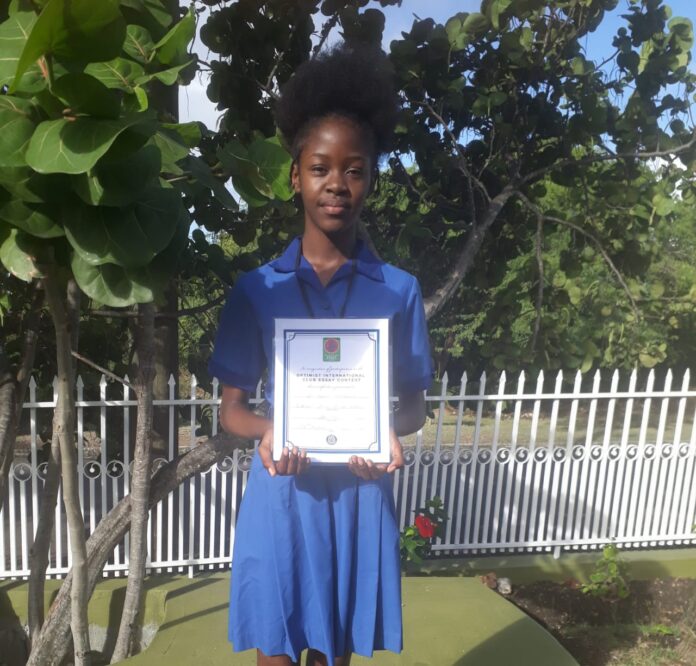 Sa’kyah Leadette, a thirteen year old, second form student of the Antigua Girl’s High School has won the Optimist Club of St. John’s essay writing competition. Students were invited to write using the topic “How Does an Optimistic Mindset Change My Tomorrow?” Leadette’s winning essay will now be entered into a Caribbean wide competition giving her an opportunity to vie for a $2,500 college scholarship.

Club President Jodie Watley, herself a primary school teacher, said that even as the club considered not extending an invitation for participation this year, due to all the challenges being faced, she was happy that they persevered.

“It was important to host the competition this year,” said President Jodie Watley, “even though some thought that students may not be interested because so many are trying to catch up with assignments and projects.”

According to Watley, “The ability to announce a winner just days before the club marks its 30th anniversary on March 11th makes Sa’kyah’s willingness to compete and subsequent win even more rewarding.”

The two schools that encouraged their students to step up and write, both received a donation of reference books donated by the Best of Books Bookshop located on St. Mary’s Street. Principal Croft of AGHS and Principal Davis of SJA were delighted to accept the donated books.

The winner also received a stack of books, along with a certificate. A medal and additional prizes will be presented at a later date.

The Optimist Club of St. John’s takes this opportunity to announce that their Oratorical Contest will be held on April 9th. Parents and teachers are asked to encourage students to participate. Registration forms and additional information will be sent to secondary schools. People seeking more information can also contact President Jodi or Charter member Nutilia Simon who has spearheaded both of these projects. 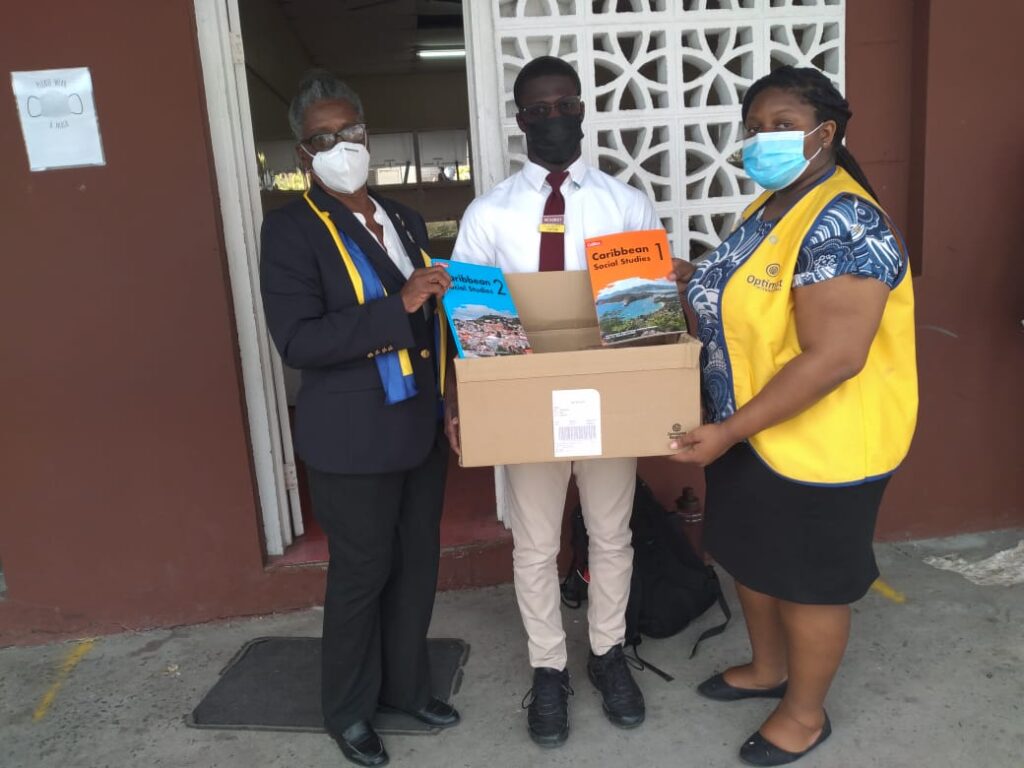