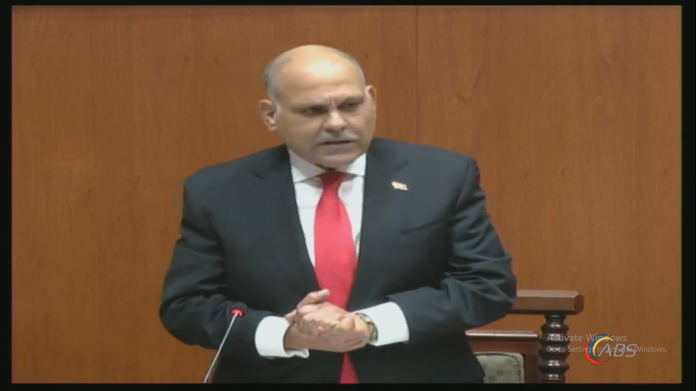 St. Peter Member of Parliament Asot Michael came in for high praise Thursday after he gave ‘a lesson in the constitution and law’ to opposition members Jamale Pringle and Trevor Walker.

Both Attorney General Steadroy ‘Cutie’ Benjamin and Speaker of the House Sir Gerald Watt praised Michael for his intervention during the debate on a resolution to extend the State of Emergency.

“I want to commend him, because he has actually captured the law quite correctly, in a nutshell,” Benjamin said.

“As a matter of fact, I whispered to him that he got an A+.”

The Speaker quipped that he wondered if the Attorney General could top MP Michael’s presentation.

It was the fourth time that Parliament’s Lower House debated on an extension of the State of Emergency, with Prime Minister Gaston Browne saying the current circumstances once again justify the extension.

But both Pringle and Walker argued against the extension, saying there was no need for Antigua and Barbuda to use a State of Emergency to maintain health protocols.

Michael was vigorous in his defence of the resolution, as he rubbished the arguments presented by the opposition.

And if you do not have a State of Emergency, the Government cannot curtail the freedom of movement of persons in the country, regulate and set curfew hours and there would be no curfew.

Member for Barbuda you need to educate yourself and know the law and do not mislead the people of the country.

You’re giving the impression to the citizens and residents of the country that the Government is coming to this Parliament for over a year, extending the State of Emergency because the Government wants to curtail the freedoms and rights of the citizens, and that is not so.

It is essential, because the Government, the Prime Minister, the Attorney General and the Cabinet has no power under the Public Health Act or any other legislation, except under Section 20 of the Constitution of Antigua and Barbuda to set the curfew hours.

“If you do not have curfew hours, you would have rampant spread of the COVID, where people will be doing as they like, you will have fetes, parties, you will have congregation of people. The Government would not be able to set certain regulations. The Public Health Act does not cover that Mr. Member for Barbuda.” 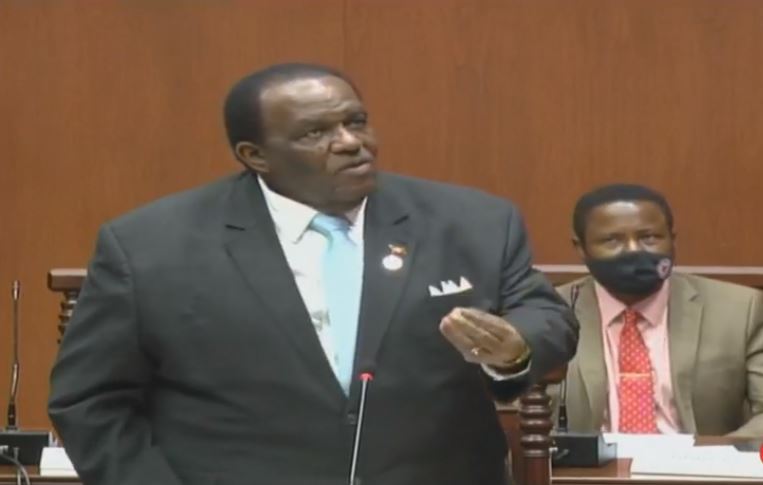 Meanwhile, responding to Pringle and Walker, Benjamin said: “I can’t understand how Parliamentarians who are so experienced, know the law can be so unappreciative of what the law provides.”

At the end of the debate, Parliament’s lower house gave approval for the extension of the State of Emergency for another three months.

The resolution set the expiration date for the measures as June 28, 2021 or sooner, if Parliament decides to end it.