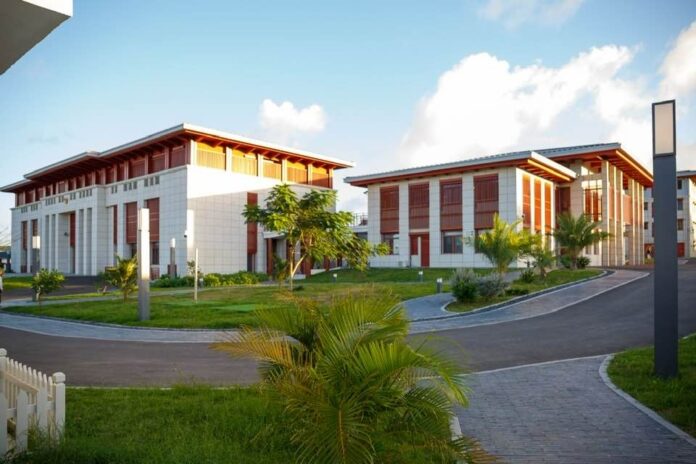 The close bond that exists between Antigua and Barbuda and the People’s Republic of China (PRC) featured prominently in several addresses delivered on the occasion of the formal opening of the PRC’s embassy in St. John’s and the 40th anniversary of the establishment of diplomatic relations between both countries.

Noting that Antigua and Barbuda was the first Eastern Caribbean state to establish diplomatic ties with the PRC, Sir Rodney said the consistency of Antigua and Barbuda’s commitment to this bilateral relationship, despite the changing political winds and alternative offers, contributed to the PRC’s decision to make the twin island nation its diplomatic headquarters in the region.

Prime Minister Browne, meanwhile, said despite the geographical, population, economic and cultural differences between the two countries, the relationship between Antigua and Barbdua and the PRC remains strong.

“I believe that the relationship between the PRC and Antigua and Barbuda is such that it should serve as an example for diplomatic relations among states, especially where such differences exist,” Browne said.

Foreign Minister Greene noted that the friendship between the two countries is built on the principles of equality, mutual benefit and respect for each other’s territorial integrity and sovereignty. With a shared vision of prosperity, Antigua and Barbuda and China will continue to nurture diplomatic relations.

40 years of a productive and respectful partnership of alliance building and solidarity for the eradication of poverty and the promotion of economic growth,” Greene remarked.

Ambassador Zhang said China will never forget that Antigua and Barbuda was first in the region to establish diplomatic ties with the PRC and has been consistent in its adherence to the “One China” police.

“We attach importance to the synergy of each other’s development strategies and aim to deliver a better life for our people.

“The building of the Big Creek Bridge, which is the first cooperation project between us, has not only facilitated the travel of local residents across a major waterway, but has since become a symbol of friendship between our two countries,” she observed.

The ambassador revealed that Antigua and Barbuda was also the first to sign the PRC’s “Belt and Road” initiative.

The opening ceremony on Tuesday included cultural performances from both Antiguan and Barbudan and Chinese artists and a tour of the embassy grounds and offices.