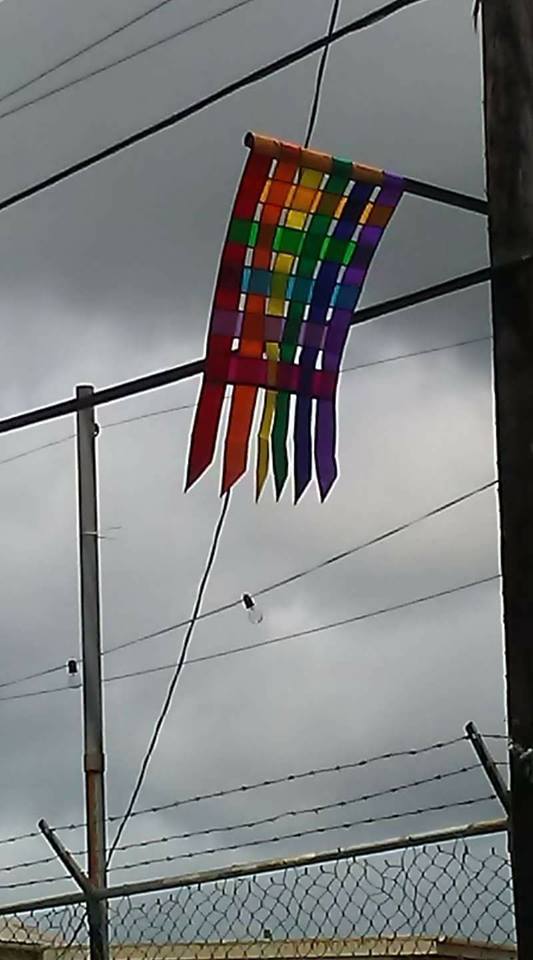 The man who sourced the carnival decorations now at the center of a national controversy says he never intended to highlight any aspect of gay-pride.

“There was no effort on my part to represent anything other than the colour and splendor of carnival and to try as best as possible to get in the short period of time I was asked to source the material,” Paul Aflak told Observer Radio this morning.

The banners which some people say represented the flag of the Lesbian Gay Bisexual and Transgender movement were taken down on Sunday shortly after they were installed.

The carnival minister Paul Chet Greene blamed “the contractor” for not following directives in representing the colours of the national flag.

However, Aflak told the radio station that the minister is mistaken since he never had any conversation with him.

The businessman noted that the colours used were that of those used in festivals commission logo.

“That is not the symbol of gay-pride and that is not what we are trying to represent whatsoever. It is to represent festivity in the island and to cheer up the city,” he said.

“We tried our best to get something that looked festive that we could get in a short period of time that matched the logos of Antigua’s carnival” he added.

The flags have been a source of controversy since they were installed with members of the LGBT community condemning their removal as an act of homophobia.

Others praised the decision of the minister who said the banners did not represent Antigua’s carnival.