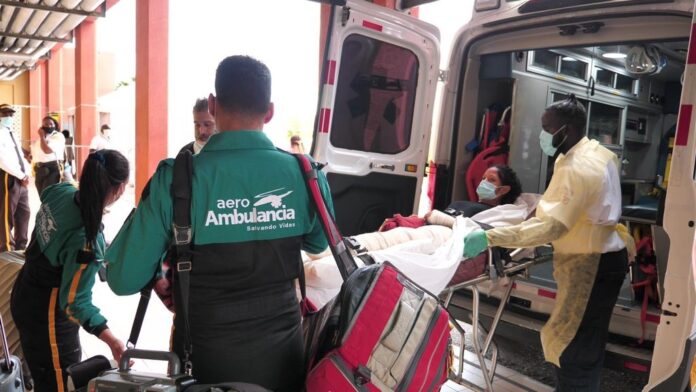 After sustaining multiple fractures to her left leg and arm in a major vehicular accident, Leidy Paola Galvis Salazar, is counting her lucky stars and thanking some caring and benevolent people for supporting her family’s GoFundMe efforts to airlift her to Columbia for urgent medical attention.

One such organization is the Calvin Ayre Foundation (CAF), which came on board to cover the outstanding expense of over US$12,000 in order to meet the targeted airlift cost of US$23,000, which enabled Galvis to be airlifted to Columbia on Thursday, May 13.

According to Ayre Group’s and CAF’s Media Relations Specialist, Jamilla Kirwan, when the Foundation learned of the urgent need for emergency airlift, the decision was quickly taken to assist the family, who had already raised a little over US$10,000.

“There are so many causes that CAF wishes it could assist with,” Kirwan added. “It is terribly difficult to make these kinds of decisions because we are not always able to help every cause. But whenever we are able to, we are happy to see the difference we are making in the lives that we touch.”

The 25 year-old Columbian who was residing in Antigua, was the victim of a major car crash on May 3, which caused her to be trapped in the vehicle until an emergency team was able to extricate her from the wreck. Galvis spent 11 days of being hospitalized at the Mt. St. John’s Medical Center (MSJMC), during which time her mother, Lucy Salazar who lives in Columbia, posted an impassioned social media plea for assistance and started a GoFundMe page. The family received an outpouring of financial support of over US$10,000 from the general public, whom they referred to as “angels”.

When Salazar was contacted by CAF’s Kirwan, with the announcement that the Foundation would cover the difference for her daughter’s medical airlift, she broke down in tears and called all the support Leidy had received a “miracle.”

Speaking on behalf of Leidy’s family, Honorary Consul to Columbia, Maria Britto, who also served as translator between Kirwan and Salazar, said, “On behalf of the Government of Columbia and the family of Leidy Galvis, we would like to recognize and be thankful for the help of the Calvin Ayre Foundation, as Leidy’s family did not have the resources to be flown out of the country.” 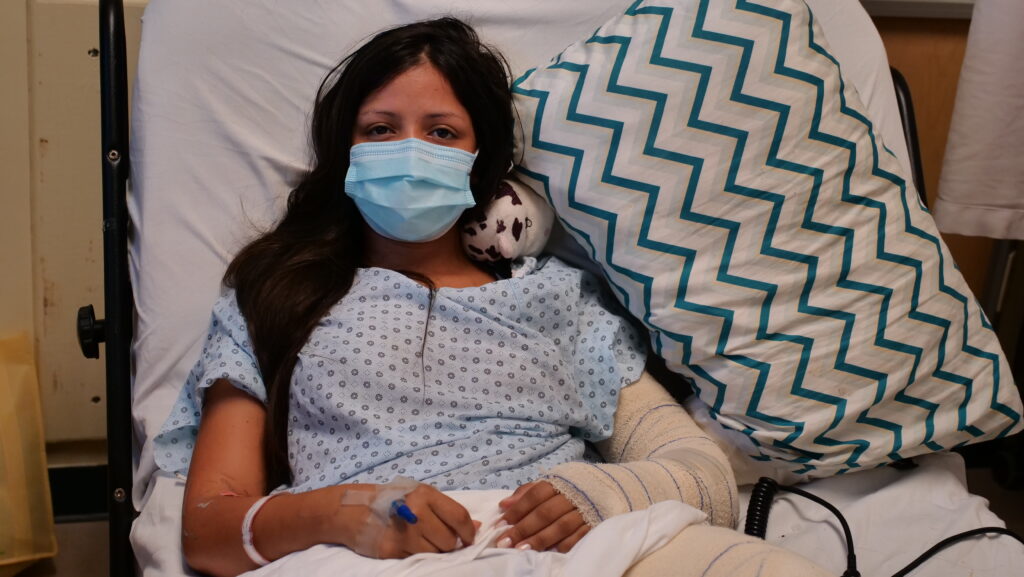 Leidy, who moved to Antigua a few years ago, came to the island to work as a Mixologist, which is her area of expertise. Although she is currently unable to move her arms and legs, she holds on to hope that she will soon be able to return to realizing her dreams and once again, live fully.