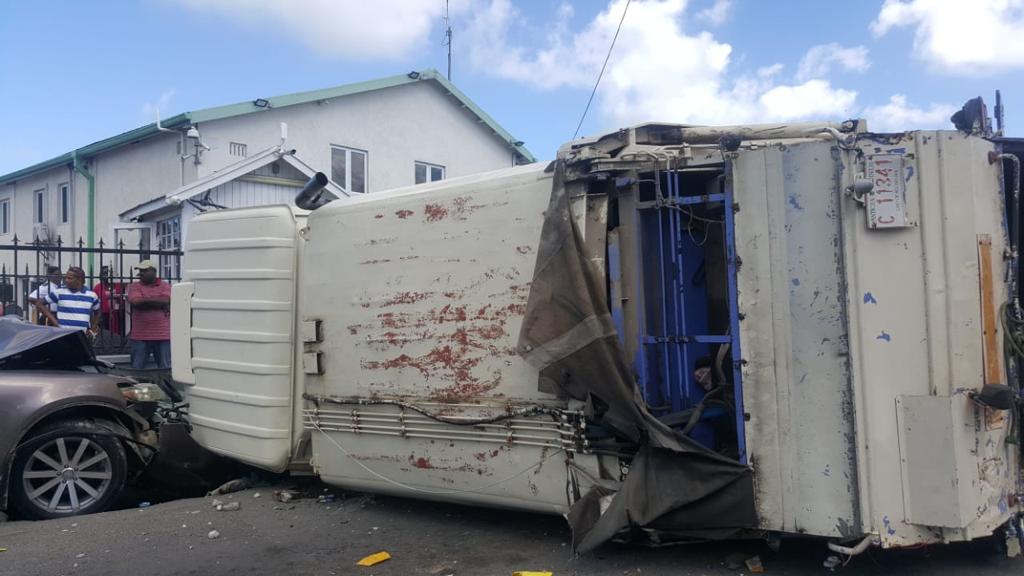 The incident happened near Special Security Services (SSS) at around 1 pm today.

The driver reportedly told the police that he lost control of the truck after the brakes failed.

The truck came to a rest on its side after totaling two cars that were in its path.

Luckily, there were no people in the other vehicles at the time of the collision.