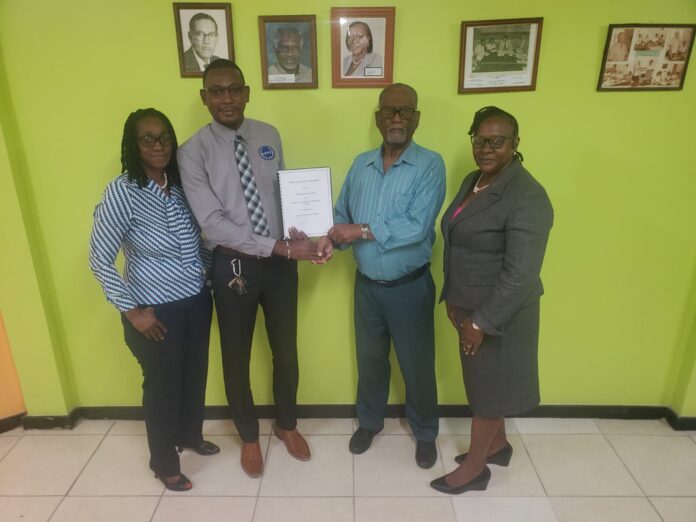 St John’s, Antigua – The Antigua and Barbuda Workers’ Union (ABWU) has secured its first Collective Bargaining Agreement (CBA) with Carib Seas Ltd, paving the way for the introduction of new benefits for line staff employees. The recently signed CBA is the culmination of several months of protracted negotiations due to uncertainties about the company’s future. CLICK HERE TO JOIN OUR WHATSAPP GROUP.

The ABWU and Carib Seas have agreed to a 5% salary increase for employees. The increase will be structured in increments over a three-year period beginning with a 2% increase in the first year of the Agreement, followed by a 1.5% increase in the second and third years respectively.

Other highlights of the Agreement include a long-service award which will be paid to an employee upon attaining 10 years of service with the company and every five years thereafter. The line staff will also benefit from an increase in vacation days and severance pay. Employees who father new-born children will benefit from five days of paternity leave under the Agreement.

ABWU President and Industrial Relations Officer, Kem Riley, says this benefit has now become a standard item in many Collective Agreements negotiated by the Union. Riley adds that the ABWU is also advocating for a Labour Code amendment that will entitle every father to a period of paternity leave.

The ABWU is grateful to the Management of Carib Seas Ltd for facilitating the negotiations and committing to a mutually beneficial outcome despite the challenges. The Collective Agreement covers the period March 1, 2022 ― February 28, 2025.