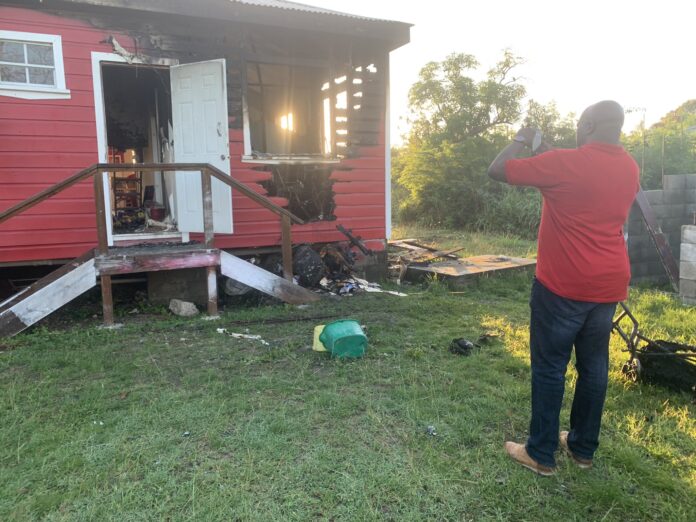 The blaze reportedly began around 3:30am Monday morning mere hours after ABLP Incumbent Melford Nicholas and his team wrapped up a strategy meeting.

While he could not quantify the extent of the damage, Nicholas says there were several broken windows and at least two offices have been completely gutted.

Just two days before general elections Nicholas has decried the political violence which has plagued the constituency in recent weeks.

He has discouraged his party supporters from any retaliatory action.

While neighbours report seeing several figures flee the vicinity of the blaze after it began, Police are now conducting their investigations.