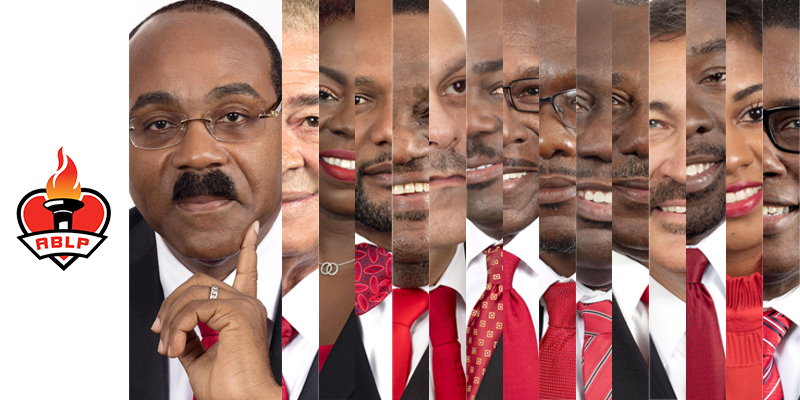 RESOLUTION OF THE CENTRAL EXECUTIVE OF THE ANTIGUA AND BARBUDA LABOUR PARTY:

WE, the members of the Central Executive of the Antigua and Barbuda Labour Party (ALP), meeting at the Headquarters of the Party on Friday afternoon, March 2, 2012,

ACKNOWLEDGE that the ALP is the oldest and strongest political institution in Antigua and Barbuda, counting members who have served our country selflessly and with integrity over several generations;

PLEDGE to introduce, at the very next National Convention of the ALP, the attached Code of Ethics as an addendum to ARTICLE 11 of the Revised Constitution of the ALP, adopted on April 10, 2005; and, further

AGREE to ensure that all members abide by the principles contained in the Code of Ethics, in order to promote good governance in the best interest of all citizens and residents; and, further

ACKNOWLEDGE that the vast majority of public servants are honest men and women with a commitment to selfless service; and,

RECOGNIZE instances of misconduct by a small number of public servants;

NOTE also that, by turning a blind eye, the level of misconduct in public office has increased significantly since 2004 and has now manifested itself in higher levels of unemployment and poverty; and,

ACKNOWLEDGE that misconduct is not only limited to theft of public resources, the acceptance of bribes, and inflated prices for government contracts, but has included the abuse of travel entitlements, the misuse of ministerial privileges and unfettered conflicts of interest, among other wrongs; and,

RECOGNIZE the need for a well-established, good-governance framework in the promotion of transparent and accountable standards, by strengthening the rules  at all levels, including by adopting a code to govern our nation’s oldest political institution.

WE HEREBY AGREE TO:

FORMULATE the attached Code of Ethics with input from the wider civil society; and to

ESTABLISH the standards by which an ALP administration will govern in order to protect and promote the best interests of the people of Antigua and Barbuda; and to

ENSURE that the attached Code of Ethics is designed to encourage self-regulation in the conduct of all ALP elected officials, political candidates, and public officials; and further,

ENCOURAGE all ALP elected and public officials to uphold the ALP’s Code of Ethics, and to adhere even more vigorously to a higher moral code and to this Constitution’s Code of Conduct than the average registered voter;

IN CONSIDERATION OF THE FOREGOING:

The following CODE OF ETHICS is adopted by acclamation on March 2, 2012, by the Central Executive of the Antigua and Barbuda Labour Party, to apply immediately and to continue with prejudice following ratification by delegates at the very next National Convention of the Party.

11A.1. A Code of Ethics is the set of guidelines and rules designed to establish ethical standards to which all members of The Party shall adhere.

11A.2.1. To foster confidence in the ALP by ensuring that elected and appointed parliamentarians and other officials of The Party serve the interests of the people whom they represent, and suspend pursuit of their own material and other interests during their term in office.

11A.2.2. To guide and direct the members of The Party by ensuring that there is strict adherence to a set of standards that will cause all registered voters to maintain confidence and faith in the ethical behaviour of the Party’s parliamentary leaders and officials, and in the other members of the Party.

11A.2.3. To encourage The Party membership and supporters to continue to abide by the age-old ethical standards of selflessness, honesty, and truthfulness, set in 1939 when the forerunner institution was born.

11A.2.4. To position The Party in the eyes of the public as an upstanding, law-abiding, God-fearing and compassionate institution whose leaders adhere to the highest ethical and moral standard among political parties anywhere.

11A.3.1. This Code of Ethics applies to all members of the Party but has particular relevance to the behaviour of those in leadership positions including but not limited to: elected members of the House of Representatives, appointed Senators of the Upper House, Ministers of the executive branch of Government, Parliamentary Secretaries, Chairpersons of Statutory Boards, Diplomats and other political appointees.

11A.3.2. The Code of Ethics applies to all members of record of The Party, whether they are financial or non-financial.

11A.4.1.All members of The Party are bound by this Code of Ethics.

11A.4.2. The leadership of The Party as identified in Article 7 of this Constitution are duly bound to:

11A.4.2.i. Take decisive steps to prohibit their colleagues and the general membership of The Party from infringing this Code.

11A.4.2.ii. Take all reasonable steps to discourage any unethical conduct that would, if undertaken, be in breach of this Code.

11A.4.2.iii. Adhere to this Code and issue directives to Party officials, candidates, members and supporters requiring each of them to take the necessary steps to ensure compliance.

11A.5. Each member of The Party shall uphold The Party’s mission, creed and vision, and shall embrace and live The Party’s philosophy which declares that accumulating personal wealth at the people’s expense, the ruthless exercise of power over others, and other unethical temptations that arise with the control of the machinery of government, are inimical to the best interests of the people of Antigua and Barbuda and to The Party, and are to be resisted.

11A.7. Any member of The Party who is convicted on indictment by a Court of competent jurisdiction of theft, fraud or other such crime involving dishonesty, or a crime of moral turpitude, shall submit to The Party’s Tribunal all transcripts of his/her trial and appeals; the Party Tribunal shall determine therefrom, following a fair hearing, whether the member, if he/she wishes to be a Party official or a candidate, is suitable, and the decision of the Party Tribunal shall be ratified by the Central Executive within fourteen days.

11A.8. Each member of the Party shall rely upon the truth at all times in their dealings with the electorate and is prohibited from making promises that the member knows cannot be fulfilled; a member who makes a promise that exceeds the ability of The Party to fulfill shall withdraw that promise in the same manner in which the promise was made.

11A.9. Each member of The Party is encouraged to make known to The Party his/her professional certification and other academic achievements; however, no member may knowingly exaggerate those achievements for whatever purpose, since truthfulness shall be integral to the continuous building of trust and faith in The Party and its leadership.

11A.10. Each member of The Party shall abide by the Integrity In Public Life Act 2004 and The Prevention of Corruption Act 2004 and shall not accept any gift that exceeds five hundred dollars in value except under the rules permitting in the law.