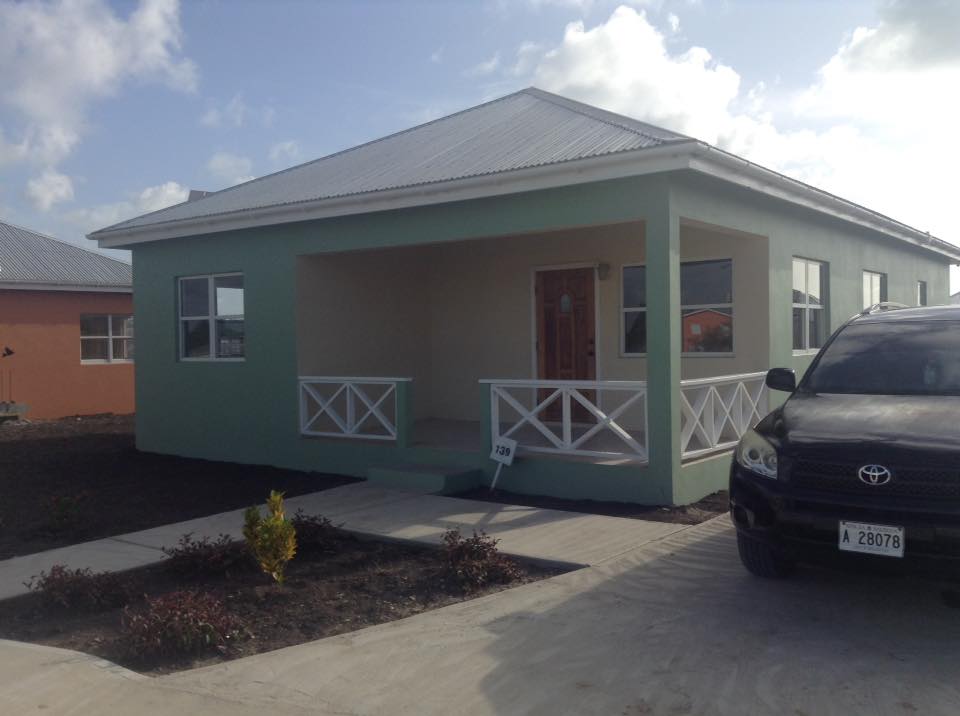 The Antigua & Barbuda Labour Party (ABPL) government celebrated three years in office today by handing over keys to newly built homes at Dredge Bay, while landing a firm defense for those they did not complete.

Although it promised 500 homes in as many days, only 48 have been completed and just a handful of home owners were present for the symbolic handing over of keys.
It’s not certain how many residents have in fact purchased the houses which cost on average $220 thousand after a $10 thousand discount from the government.
It didn’t take long for the ABLP to go into defense mode, the Master of Ceremony Maurice Merchant  said the homes could not be completed in the stipulated timeline because of the IMF debt inherited from the previous government.
He said the debt was $ 320 million.
Scores of ABLP supporters turned up for the brief ceremony in which Prime Minister Gaston Browne gave the feature address.
Works Minister Eustace ‘Teco’ Lake told those gathered that despite the critics the “affordable housing project has created hundreds of news jobs.”
The homes are two, three and four bedrooms which are being constructed on three sites, Cooks, Dredge Bay and Paynters.
Lake said construction, to include proper drainage and sewerage systems are being constructed at this moment even as more construction sites are considered.
At today’s ceremony school teacher Delina Greene became the first to receive a new home. She said the timeline doesn’t matter because “of the quality homes being offered.”
She urged homeowners to “build a good community spirit while looking out for each other and to keep the community clean.”
Prime Minister Gaston Browne said the occasion was a joyous one for him and was only one of the many successes for the ABLP.
He told those gathered that the housing project is a slap in the face of the detractors who said it couldn’t be done.
He also said the homes are not for profit and have been subsidized by the government.
“I guarantee you that under the leadership of ABLP no one will be left behind,” Browne said to those who will not benefit from the first 500 houses.
According to the PM his government will build “thousands of homes” and will exceed the 500 mark by the end of his first term.
The housing project, the ABLP’s flagship manifesto promise, has faced strong criticism from the Opposition.
They argue that the project has not been completed as advertised. 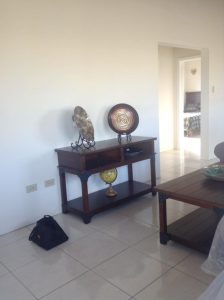