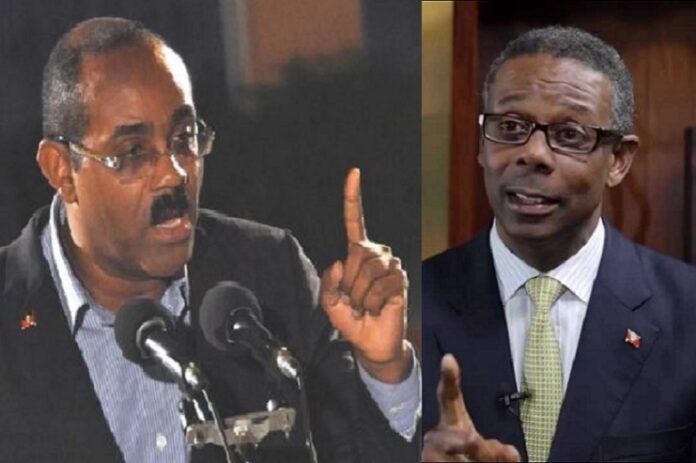 The leaders of the country’s two main political parties will be hosted by the University of the West Indies Five Islands Campus in a public advocacy series.

The Antigua Barbuda Labour Party leader, Gaston Browne, and his counterpart in the United Progressive Party, Harold Lovell, will engage in discussions before an audience on 31st October and 14th November, 2022.

Director of Academic Affairs UWI FIC, Dr. Curtis Charles, said both guests will be quizzed on matters of national importance and asked to share their plans for advancing Antigua and Barbuda.

“We think we have two very thoughtful subject matter experts who will be asking the questions and then naturally we’ll open it out to the audience for like 30 minutes,” Charles said.

The engagements, which will bring the political leaders will be the first of their kind in Antigua and Barbuda.

The university’s director of academic affairs explained that events such as the public advocacy series are ways in which, historically, “we bring the community into the university”.

“So, it’s not something we can ignore, so, we really want to raise the discourse of what you will traditionally hear in a clip on television or a clip on radio in an ad. What we want to be able to do is to embed ourselves into the tradition of a university of research questions and deep, thoughtful answers.

“So, that’s the premise of bringing these leaders to campus,” Dr. Charles explained. POINTE XPRESS