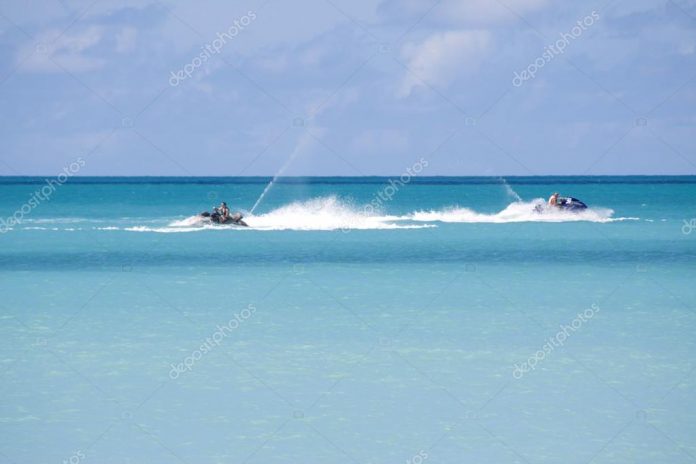 Several complaints about the speed at which Jet Ski’s travel and the danger posed to sea bathers prompted the discussion and the call to increase the policing of operators and the enforcement of rules and regulations, with the goal of mitigating danger in the water for locals and guests alike.” said Vernon A. Jeffers, Sr, Chairman of the ABHTA.

The Small Craft Regulations of 2017 when speaking to the rules of small power crafts or personal watercraft (Jet Ski), addresses how such vessels should depart from and proceed to the Coastline and their proximity to sea bathers.  There have been many discussions on this issue and observances where the excessive speeds by which the Jet Skis operators violate these guidelines.

“This has been an issue unresolved for a while and I think it’s a positive thing that we are having this dialogue with the Hoteliers to fully understand the magnitude of the problem.  The ABDF Coast Guard will redouble its efforts to drive compliance with the Small Craft Act.  We will engage the Ministry of Tourism so that we can form a task force to get to the root of the violations,” Lieutenant Commander stated.  “At the ABDF Coast Guard we would like to push for the implementation of a Ticketing System for Small Craft operators.  As we work to enact driving regulations for vehicle operators, the same must be true for those who sail within the maritime environment”

“The implementation of such a Ticketing system is welcomed” remarked Vernon A. Jeffers Sr. “At the ABHTA we understand the limitations of the ABDF Coast Guard with respect to resources and the high demand to police the waters in high traffic areas such as English Habour, Jolly Habour, Dickenson Bay and the South Coast. The plea of the ABHTA is that some additional attention be given to the regulation of jet skis. We all must work cohesively to address any concerns and work swiftly to alleviate any disasters.”

The ABHTA will also seek continued dialogue with the Ministry of Tourism to review the policing of licensed vendors and the customer relations aspect of the water craft operations with a focus on written and verbal orientation, rules and safety instructions.