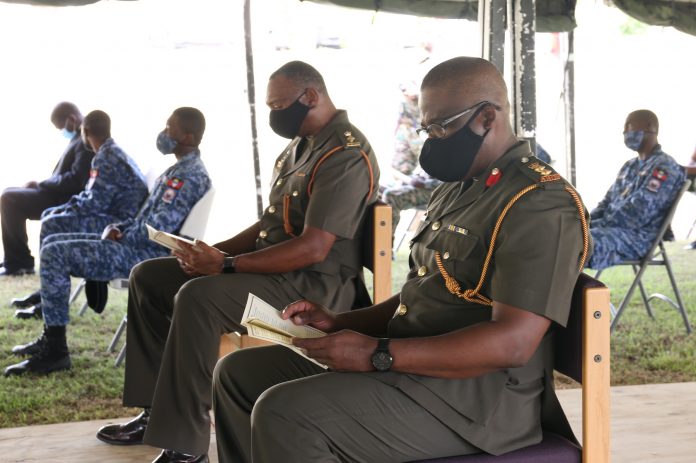 Chief of Defence Staff of the Antigua and Barbuda Defence Force, Colonel Telbert Benjamin said that the second conference follows on the heels of the virtual conference held in November of 2020 and intends to strengthening the UK-Caribbean relationship and develop concepts for UK engagement with its partners in the Caribbean on mutually agreed issues.

He pointed out that the conference which will be held at the Royalton Hotel and onboard the HMS MEDWAY from the UK Atlantic Patrol Task (North) will cover four key areas to include:

The two-day conference will also include participation virtually from affiliated members. These include the Governors of the UK Overseas Territories, the regional organisations of CDEMA, IMPACS, ONDCP and RSS, and representatives from Dominica, Grenada, St Lucia and St Vincent and the Grenadines.

Chief of Defence Staff for the United Kingdom of Great Britain and Northern Ireland,  General Sir Nick Carter, co-host of the Conference, recently pointed out that the matters to be discussed at the conference are intended to be representative of collective concerns or challenges, whilst also enabling a more detailed discussion on the opportunities where UK Defence engagement would be beneficial.

The UK CDS has previously explained his ambition for using the conference as a vehicle for institutional capacity building, military capability development, training and education, doctrine and concepts; a way to maximise collective security development with focused UK engagement.

According to the briefing document for the conference, the UK would be keen for discussion to further define the concepts for the region’s self-identified initiatives, designed to take a view on where UK engagement would be most appropriate and of greatest value to Caribbean partners. It also presents the opportunity for the UK to better construct an approach that matches the region’s aspirations and requirements.