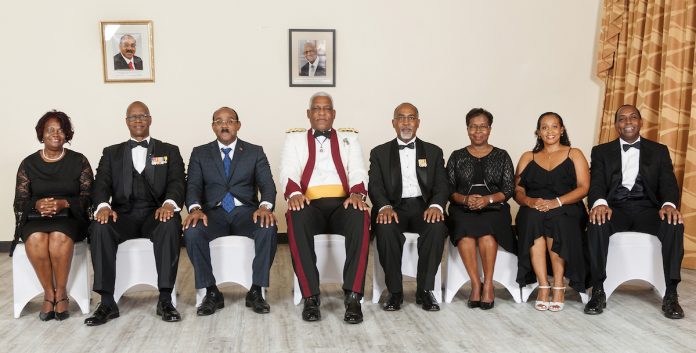 Officers of the Antigua and Barbuda Defence Force and government officials gathered recently to celebrate three Officers of the Force with combined years of service of over ninety-six (96) years.

During the ceremony, Prime Minister Gaston Browne commended the three Officers for giving themselves selflessly to the nation through their service in the ABDF.  He said that the three Officers stand as ideal examples of what it means to be of service to country.

Chief of Defence Staff, Colonel Sir Trevor Thomas commended the Officers for their dedication to the organization and for molding scores of young men and women into some of the most patriotic  individuals in our society.

All three Officers were presented with tokens of appreciation during the event.