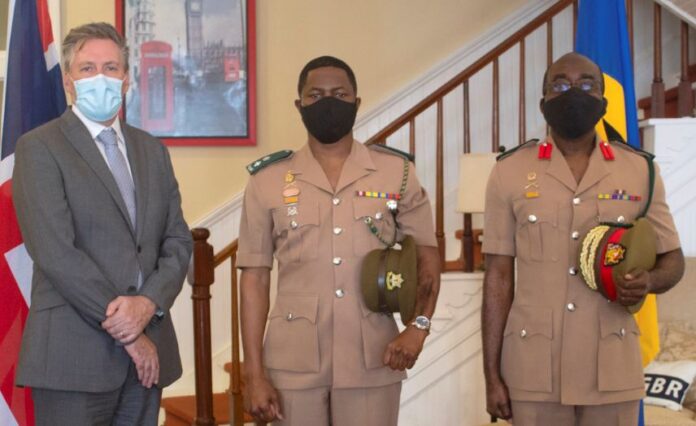 The much-welcomed UK-Caribbean defence forum, held at a senior level of leadership, had the aim of optimising mutual support and leveraging the strengths of each individual nation for the benefit of collective regional security, working in cooperation with the UK.

There was unanimous agreement among participating nations that this high-level engagement should become an annual event, enabling the sharing of best practice, discussion of issues that unite the UK with Caribbean partners, and a means of driving forward developments.

Defence heads from Antigua and Barbuda, Barbados, The Bahamas, Belize, the Dominican Republic, Guyana, Jamaica, St Kitts and Nevis and Trinidad and Tobago were all in virtual attendance.

The Caribbean focused conference comes just months after Sir Nick Carter made an unpublicised, 24-hour working visit to Jamaica in January. UK Defence Attaché to the Caribbean, Lt Col Simon Westlake Royal Marines, noted that while the COVID-19 pandemic prevented a physical inaugural conference, the use of a virtual platform did not inhibit the UK’s most senior military leader from having constructive talks with his Caribbean partners.

“Following his visit to the region earlier this year, General Sir Nick Carter was very keen to continue his discussions with our Caribbean partners and this conference was the next natural step. We have common values, common interests and face shared threats – and UK Defence will work closely with our Caribbean partners to tackle the challenges that we all face,” Westlake said.

“Whilst initiatives agreed at this event will be considered for further work, planning will start now for a larger, and hopefully physical, conference next year. Hosted by respective British diplomatic posts for the conference, Chiefs of Defence were able to continue their discussions with British High Commissioners and Ambassadors for an extended period after the meeting,” he added.

Chief of Staff at the Barbados Defence Force, Colonel Glyne Grannum, who participated in the two-hour virtual forum said, “The conference was a most useful one in bringing together the cross-Atlantic military strategic leadership to discuss matters related to transnational security. The forum established a most-welcomed platform for future engagements which are eagerly anticipated.” Lieutenant-Colonel Carlos Lovell accompanied Colonel Grannum at the Conference.