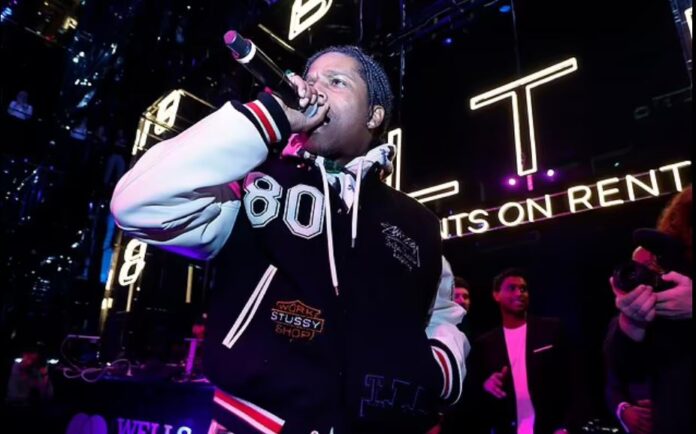 Rapper A$AP Rocky has been arrested for allegedly shooting a man on a Los Angeles street last year.

He arrived at LAX on a private jet after having just been on holiday with his pregnant girlfriend, Rihanna.

The couple  had recently denied rumors of a split and cheating.

Los Angeles police were investigating Mayers, 33, after a man claimed the rapper shot him near Vista Del Mar and Selma Avenues on November 6 around 10.20pm.

The victim claimed Mayers approached him on the street and fired a handgun at him three or four times.

One of the bullets reportedly grazed his left hand.

Mayers had reportedly been walking with two other people at the time of the shooting. It is unclear who he was with.

Police arrested the rapper with the help of Immigration and Customs Enforcement.