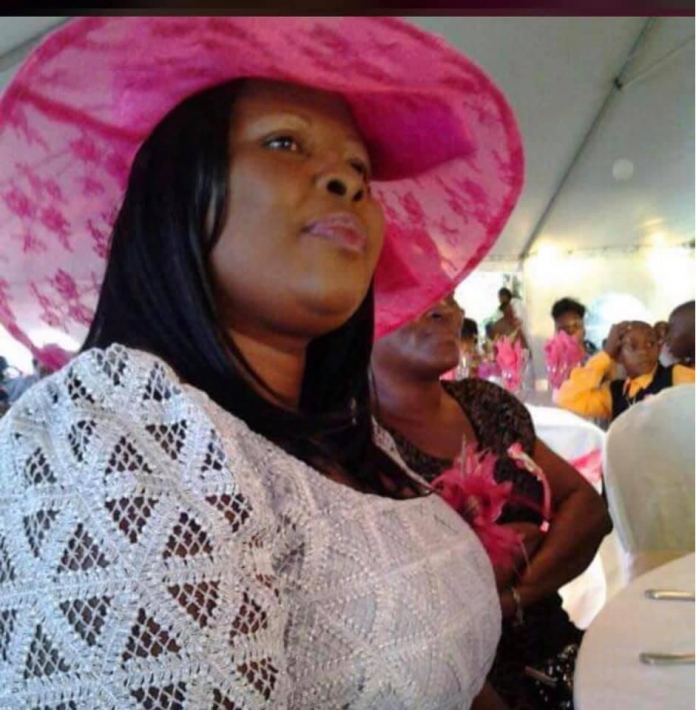 Cynthia Byers, was a graduate of the Antigua State College School of Nursing. After completing general nursing training in 2000 to 2004, she pursued and successfully completed the post-basic Midwifery Nursing education and training in 2007 to 2008 to become a Nurse Midwife.

Nurse Byers worked for a number of years as a Staff Nurse at the Holberton Hospital and subsequently at the Mount St. John’s Medical Centre in various  Clinical settings, most notable of which was at the ICU which was by far her longest rotation, following which she was seconded to work with the Barbuda Council in a position of Matron of the Hannah Thomas Hospital in 2014.

In 2017 Nurse Byers’ secondment with the Barbuda Council was terminated and she returned to the mainland and employment with the Central Government in the position of Deputy Matron of the Finnes Institute. Her last assignment was Acting Matron of the Clarevue Psychiatric Hospital, which she began just one week before her passing.

Nurse Byers was a dedicated worker who loved her profession dearly. She served for many years as a clinical preceptor for nursing students from her alma mater the Antigua State College School of Nursing, a responsibility she took seriously as she recognized the need for good, strong mentoring for nursing students who would become future nurses and wanted to have a positive impact on their development.

Nurse Byers was a team player and was always willing to help. I recall that at the beginning of the pandemic when it was determined that there was a need to establish a port health unit at our ports of entry, she was one of the very few nurses who volunteered to provide support at the Airport.

The first set of commercial flights to return to the country upon the reopening in June 2020 following the first lockdown, arrived after 11pm each night and by the time we were through with the entire process of screening and surveillance of the passengers, we would be driving home after 2-3 am in the morning with no one else on the roadways beside ourselves as it during the curfew hours.

I was always concern about her on the road during these late nightly journeys even more than myself since, for while we drove behind each other in route from the airport, because of where she lived, I would arrive to my house well ahead of her reaching her home. This resulted in her being alone on the deserted road at such late hours, but she never complained. I will always remember her amazing sacrifice at a time when it was so badly needed. She continued to provide support  for port health up to the time of her passing. She will be greatly missed.

On behalf of myself and the entire nursing fraternity of Antigua and Barbuda, I would like to offer deepest condolences to her family and friends at this very sad time. Every Covid-19 death is a tragedy and to lose one of our own, is even more poignant. May her memory live on and may her soul rest in peace and rise in glory in the first resurrection.