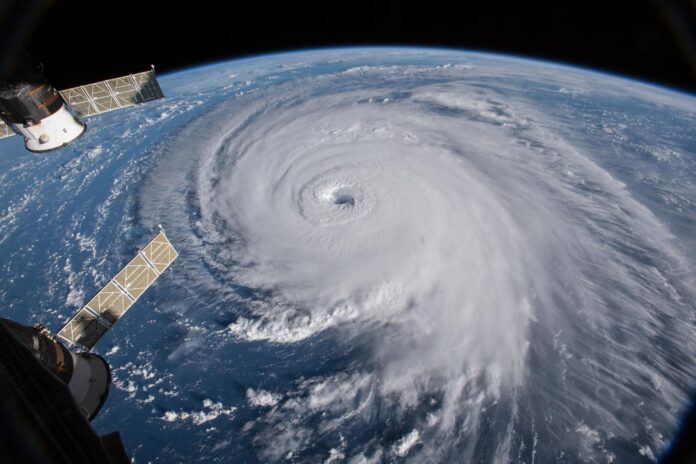 Peak hurricane season may be officially over, but a rare subtropical storm in December could be forming in the Atlantic Ocean for the first time in nearly a decade — and it already has a name lined up.

The National Hurricane Center issued a special tropical weather outlook Monday as a low-pressure system is “producing disorganized showers and thunderstorms” along the central Atlantic Ocean. As of 8:30 p.m. ET, the system is located about 800 miles northeast of the northern Leeward Islands of the Caribbean.

What does this all mean? Possibly an organized tropical depression or a subtropical storm, which according to the National Weather Service “typically has a large, cloud-free center of circulation, with very heavy thunderstorm activity in a band removed at least 100 miles from the center” and could also bring strong winds.

“This tropical system is expected to be large, spanning hundreds of miles. As a result, wind and rough seas can extend well away from the center of the storm,” said AccuWeather senior meteorologist Adam Douty.

The potential arrival of Owen, the next name on the list, comes after the Atlantic had just gotten over Hurricane Nicole, a late deadly storm that became a Category I and led to evacuation orders along Florida’s east coast, in November.

“Environmental conditions appear conducive for this system to acquire some subtropical characteristics while it drifts northeastward during the next few days,” the hurricane center said.

“By Thursday night or Friday, however, the low is expected to move over cooler waters, ending its chances of becoming a subtropical cyclone.”

Areas most likely to be affected by the storm as it envelopes the Atlantic this week will be Bermuda and the Azores, an island chain located to the west of Portugal, said Courtney Travis, an AccuWeather senior meteorologist.

But it’s possible that it could make it as far west as Florida’s Atlantic coast if the storm becomes strong enough, Travis said.

The last storm to become subtropical this late in a calendar year was an unnamed system in 2013, according to the National Oceanic and Atmospheric Administration.