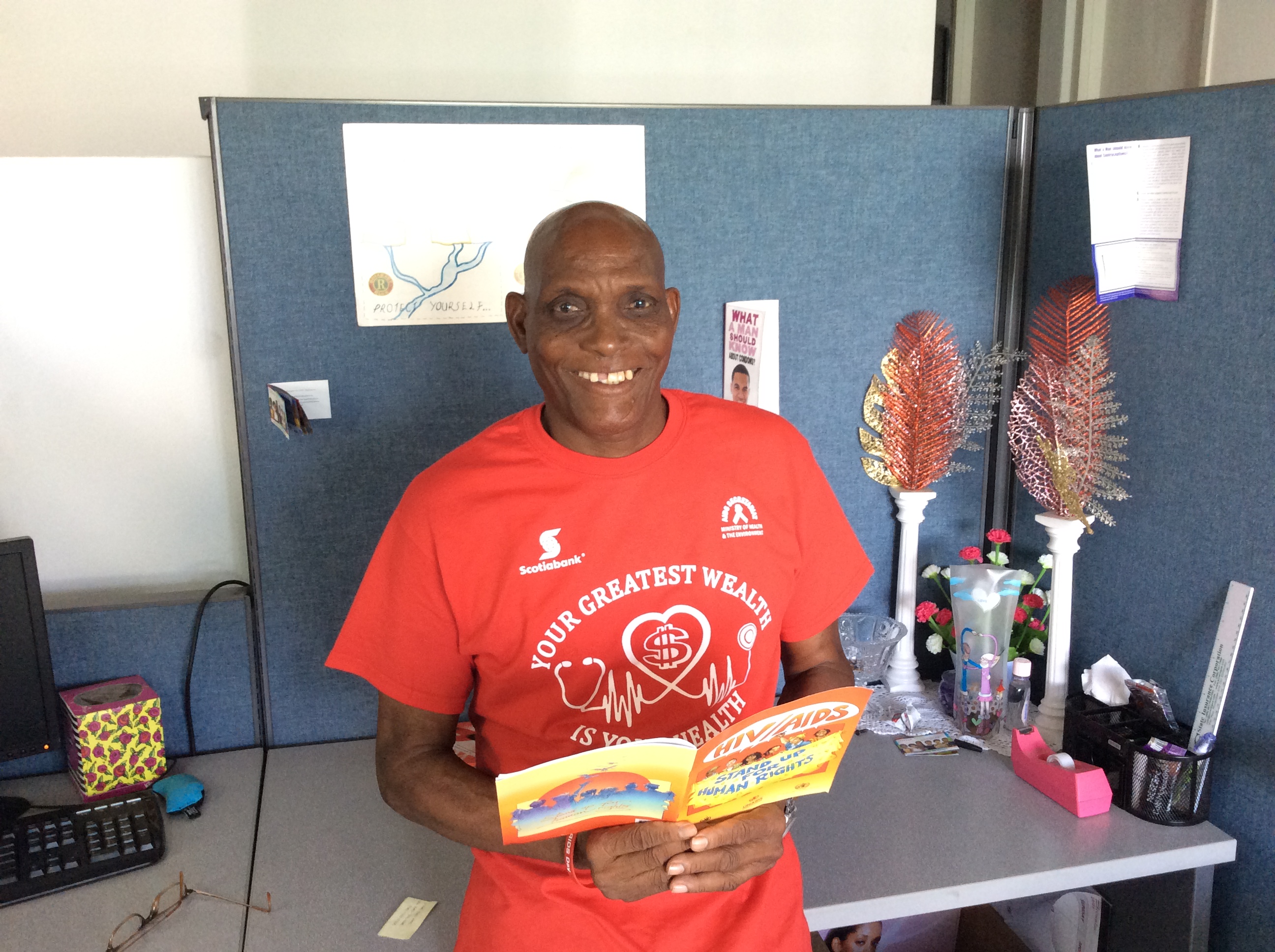 With the 2017 Regional Testing Day right around the corner, one individual who has been living with the AIDS virus for over two decades is calling on the people of the Caribbean to end the stigma and discrimination against people living with HIV/AIDS.

Anguillan national, John C Lake, who has been living with Acquired Immune Deficiency Syndrome (AIDS) for the past twenty-three years, is emphatically calling on the Antigua and Barbuda public and the people of the wider region to immediately end the way they look at and treat individuals who have been diagnosed with the HIV/AIDS.

Lake, who is the founder of the Anguilla Committee Action Network for HIV and AIDS, is on island undergoing cancer therapy and he believes that the moment is long overdue for people to stop stigmatizing and discriminating against people living with the dreadful disease.

“It is for the people around the world and especially in Antigua and Barbuda to remove the stigma and discrimination of HIV and AIDS. HIV is no longer a death sentence. I could recall when there was no medication, when there was no strong network but now there is so much education out there. And the reason why I am so open is that I am here to save lives and to show them that people living with HIV can live a long healthy and productive life,” declared Lake.

He is of the view that those who are diagnosed with the disease need not be ashamed of their condition since they can not only live long and healthy but they can also make a meaningful contribution to the society.

“There were times when persons figured that nobody could make a contribution when it comes to HIV and AIDS but the stats are telling you that you can live well, you can go to work and you can live your normal life. But we have to learn to rebuke the word stigma and discrimination,” he added.

The Anguillan also issued a call for the so-called macho men and super women to get onboard and know their status by getting tested. He said he can’t understand why they can be so brave and fearless to have unprotected sex but then become scared when it comes to testing.

“Everybody wants to have unprotected sex but when it comes to testing, it becomes challenging. So the question is, how would you know your status if you don’t get tested. Now the people of Antigua and Barbuda have a very good opportunity from the AIDS Secretariat to go out in different areas and be tested free.”

Lake is advising Antiguans and Barbudans at this time of the year to keep their heads on during the festive Carnival season since it will be one of those times where looseness and other impure activities will be most rampant.

“When Carnival comes, everybody dresses in style, everybody dress how they want and that is good and that is how the infection comes. You see Carnival, that is how people get infected, you have in your liquor, everything in your head and it’s a one night stand or a one day stand and you find yourself infected and sometimes you yourself have unprotected sex and pass on the infection to each other and this one pass it on and this one pass it on,” he disclosed.

Regional Testing Day is slated for June 30th and on that day there will be a Grand Street Fair at Scotia Bank on High Street and at the Woods Branch and according to the AIDS Program Manager Delcora Williams, individuals can expect something really special.

Two testing events are scheduled for July 1st.  One will take place at the Lower Ottos Community Centre from 8.00 am to 4.00pm while the other will be staged at the AIDS Secretariat from 8.00am to 3.00pm.