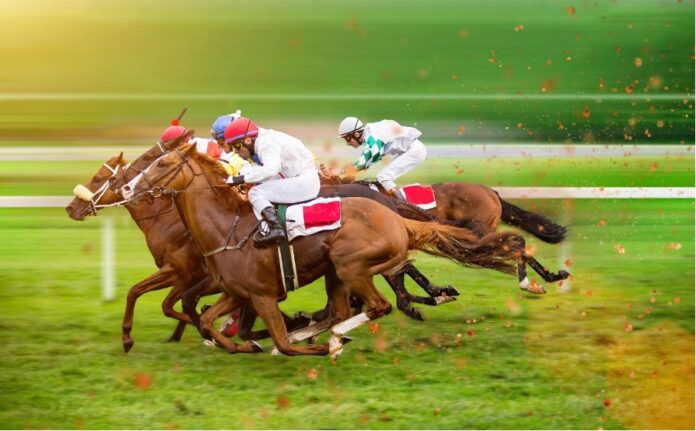 Things may not have worked out in Chacun Pour Soi’s favour at the Cheltenham Festival back in March, where he was heavily tipped to win the Champion Chase before faring no better than third in the Grade 1 race.

However, that one disappointing run wasn’t enough to stop the Willie Mullins-trained horse, owned by Rich Ricci, from being crowned as this year’s best chaser in the Anglo-Irish Jumps Classification.

Four wins in five races this season was enough to earn the nine-year-old a rating of 176, just one better than Gold Cup winner Minella Indo (175) and well clear of two-time winner of the Cheltenham showpiece, Al Boum Photo (170).

So, to celebrate the nine-year-old being crowned jump racing’s finest horse, it seems only right that we take a look back at some of his best victories from last season…

After being beaten by A Plus Tard and Rachael Blackmore in the 2019 renewal of the Leopardstown Chase, Chacun Pour Soi put things right at the Irish course back in December. With his regular jockey Paul Townend in the saddle, Chacun Pour Soi set off as the heavy favourite on sites like this one: https://smarkets.com/sport/horse-racing, and the duo duly delivered, winning by a comfortable six-and-a-half lengths clear of the Henry De Bromhead-trained Notebook and last year’s foe Blackmore.

“I was really pleased with that.” Mullins said after his horse’s third Grade 1 triumph. “He showed a great spring in his jumping and really attacked his fences. After the last fence, he flew around the final bend and was then idling a bit. His ears were pricked and I’d say he’d plenty in reserve.”

Just over a month after his victory in the Leopardstown Chase, Chacun Pour Soi returned to the course for the Dublin Racing Festival, with the defence of his Dublin Chase crown firmly in Mullins’ and Townend’s sights. Given that he won easily in his last outing at the track, it was no surprise that the nine-year-old set off as the odds-on favourite at 2/5, and again it was a comfortable victory for Chacun Pour Soi, as he beat Fakir D’oudairies by some eight lengths, with Notebook a further seven lengths off the pace.

“He’s special,” the jockey said afterwards. “What’s rare is beautiful. I thought we were going as hard as the rest of them could and, when you can go that fast over fences and take them on whatever stride you get them on, that’s what we do this job for.

“I was comfortable at all stages that I could pick them up and when I got the gap in the straight, he took it.”

Victory in the Champion Chase at the Punchestown Festival — the Irish jump season finale — was arguably a career-best run for Chacun Pour Soi. Little separated the Mullins-trained horse and Cheltenham Ryanair Chase victor Allaho in the betting market.

However, when Chacun Pour Soi took the third-last hurdle magnificently, it was clear there was only going to be one winner, and from there the nine-year-old streaked clear, recording a victory of over five lengths clear of Allaho and Blackmore.

“That was a proper performance – that was the real Chacun,” said a jubilant Townend. “We were all disappointed in Cheltenham. The horse didn’t fire there, but there was no hiding place today – and he jumped for fun.”