The people of Antigua and Barbuda were settling down for a long night as they await the results of Wednesday’s general election that Prime Minister Gaston Browne called more than a year ahead of the constitutional deadline.

The 168 polling stations closed at 6.00 pm (local time) after a 12 hour period allowing for the eligible 51,258 voters to cast their ballots.

While there are seven political parties and five independents vying for control of the 17-seat Parliament, political observers say the contest is a straight fight between the ruling Antigua and Barbuda labour Party (ABLP) and the main opposition United Progressive Party (UPP). 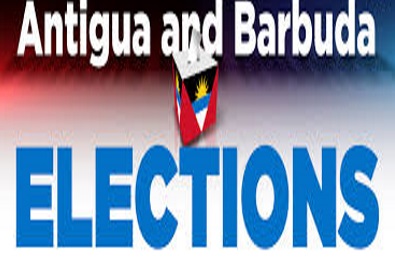 Browne said he remains confident that the ABLP would be victorious, saying “I am absolutely confident we will win by a very large margin”

He said he was not unduly worried by the turnout and that based on the support base of the Labour Party, he is expecting young voters to turn out in numbers.

“As I said to you they may think there is no rush because there’s unlikely to be a change in government and I believe they will take their time,” he said, indicating however that the party had been working to make sure all supporters cast their ballots.

For his part, UPP leader, Harold Lovell, who is leading the party into a general election for the first time, said while the voting process has been “very smooth in some constituencies it appears the process has been slow (but) I am now worried.

He brushed aside suggestions that a low poll would favour the incumbent, adding “I think in our circumstances the base for the UPP has shown they are highly energised and the people who are saying they are not going to vote are primarily ABLP supporters.

“I think it is early to make any prediction as to what a low voter turnout would be,” he said.

In the 2014 general election, the ABLP won 14 of the 17 seats with the remainder going to the UPP.

There were no major hiccups during the polling period but the Antigua and Barbuda Electoral Commission (ABEC) Chairman Nathaniel “Paddy” James has said the population will have a long wait before the results are known..

“The problem is that we have not yet been able to convince the politicians to change the system of counting ballot boxes at a central location in each constituency,” James said

He said the politicians “would rather stand up there when the boxes come to see each box as it’s counted, rather than get the information from a second-hand source”.

Following the closure of the polling stations, each box from each polling station must be transported under police guard to a central location within each constituency and the Returning Officer for that district must conduct the count of all constituency boxes one by one.

Prime Minister Browne told the Caribbean Media Corporation (CMC) that he agrees the system is “archaic.

“Absolutely the present system is archaic and it is one of our priorities going into the new term,’ Browne said, adding that there is also need to make some changes to the electoral process “but because of the early poll a number of things had to be derailed.

“But I am pretty sure that will start immediately and certainly by the next general elections a number of these inefficient processes will be updated,” he said, hinting at the changes to the counting process and boundary changes.